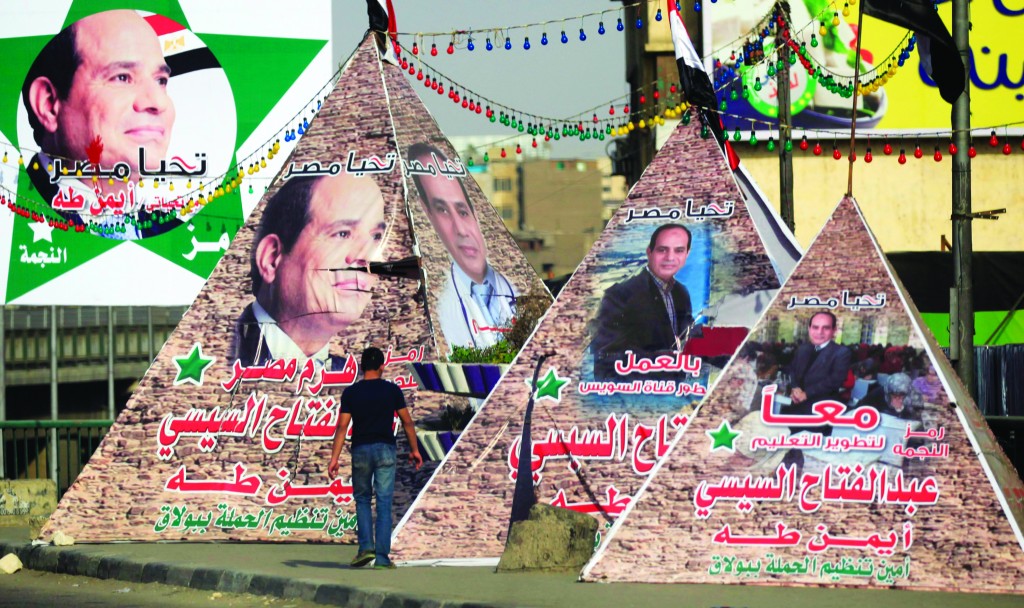 But the first day of voting in the two-day election also illustrated the bitter divisions that have riven Egypt since the military’s removal of the Islamist leader. In towns where Islamists dominate, voting was often thin or non-existent.

The 59-year-old retired Field Marshal el-Sissi is looking for more than a landslide victory from the election. He’s hoping for
a strong turnout to show international critics that his July 3 ouster of Morsi reflected the will of the people — and to claim popular support as he tries to tackle Egypt’s daunting economic woes.

For 10 months, el-Sissi has had the institutions of state and nearly all of Egypt’s media behind him, whipping up a pro-military jingoism and depicting him as the sole figure who can rescue the country. After polls closed Monday, the prime minister declared Tuesday a holiday for government employees to allow them go to the polls, in a push for greater numbers.

El-Sissi’s only rival in the race is left-wing politician Hamdeen Sabahi, who finished third in the 2012 presidential vote.

Many voters are desperate for stability after three years of violence and economic decline since autocrat Hosni Mubarak was ousted by the 2011 popular uprising led by activists seeking democratic change and economic equality.

So they have embraced el-Sissi, who promises to end turmoil and has shown a hard-handed intolerance for dissent. Security forces have waged a bloody crackdown on Morsi’s Muslim Brotherhood and other Islamists, killing hundreds and jailing more than 16,000 — and have also arrested secular activists critical of the military.

The Brotherhood and its Islamist allies — who dominated all other votes since Mubarak’s ouster — have called for a boycott of the election. That will likely reduce turnout by a sizeable chunk of the nearly 54 million registered voters.