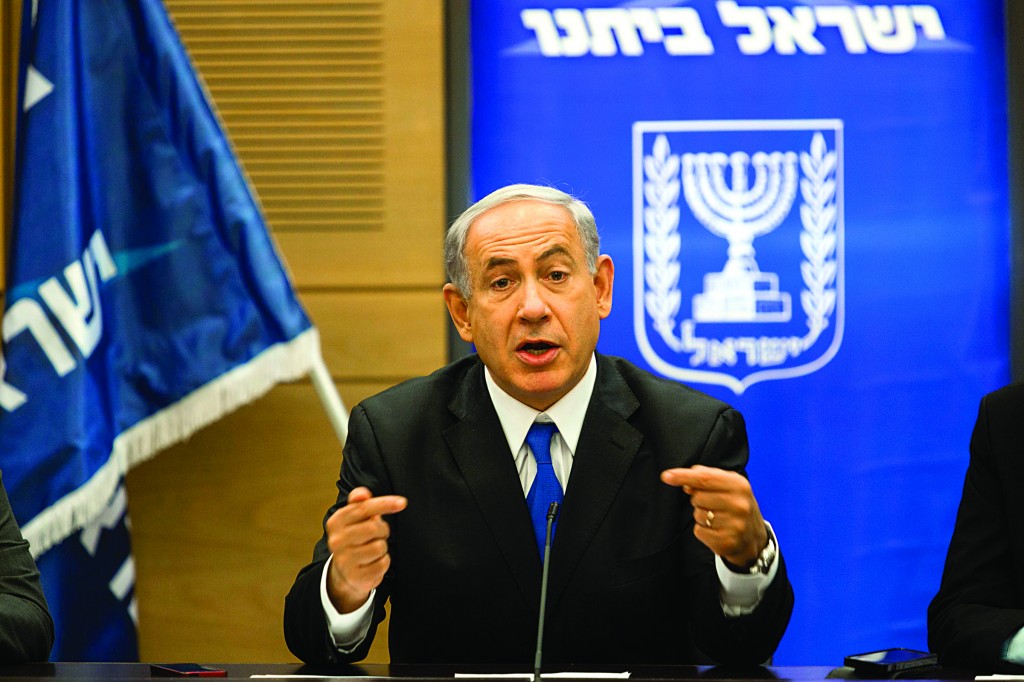 Economy Minister Naftali Bennett’s campaign on behalf of chareidi employment, announced a week ago with considerable fanfare, has reached its first station — the Netanyahu government.

Bennett had said last week that he will propose to the Cabinet on Sunday a plan for affirmative action for chareidim in the public sector, similar to what is already in place for Arabs and women. But in a curious turn of events, it was Prime Minister Binyamin Netanyahu who claimed the initiative for himself at the meeting, as he brushed aside a report on the matter prepared by Bennett.

Furthermore, Netanyahu merely set up a task force that is being given 60 days to produce a plan for increasing the number of chareidim in the public workforce. No concrete proposals were presented.

The prime minister —whose coalition was founded 15 months ago on the principle of excluding chareidim from the government —declared that the initiative was being taken “for the benefit of the chareidi community and to integrate it into the general labor market.” However, any concrete proposals included in Bennett’s plan were absent from the government’s version.

Moreover, the makeup of the task force was hardly encouraging. Conspicuously absent from it were any individuals who understand the problems facing chareidim, or who have had anything to do with improving their economic opportunities in a discriminatory hiring environment. On the contrary, some of those mentioned have personally acted to keep chareidim out of government jobs.

Over the past two years, three separate bills for bringing more chareidim into the work force, including through affirmative action measures similar to those already enacted for other Israeli minorities, were blocked by the same politicians.

At the same cabinet meeting, an initiative to increase the hiring of Israeli Arabs and other non-Jewish minorities was also adopted. By contrast to the middle-level officials assigned to the chareidi task force, Netanyahu himself will chair that committee, which features a roster of senior ministers from Finance and Interior to Transportation and Agriculture.

The committee’s mandate is also far more comprehensive than its chareidi counterpart, embracing not only a proposal for affirmative action, but the entire socio-economic situation of the non-Jewish minority populations.