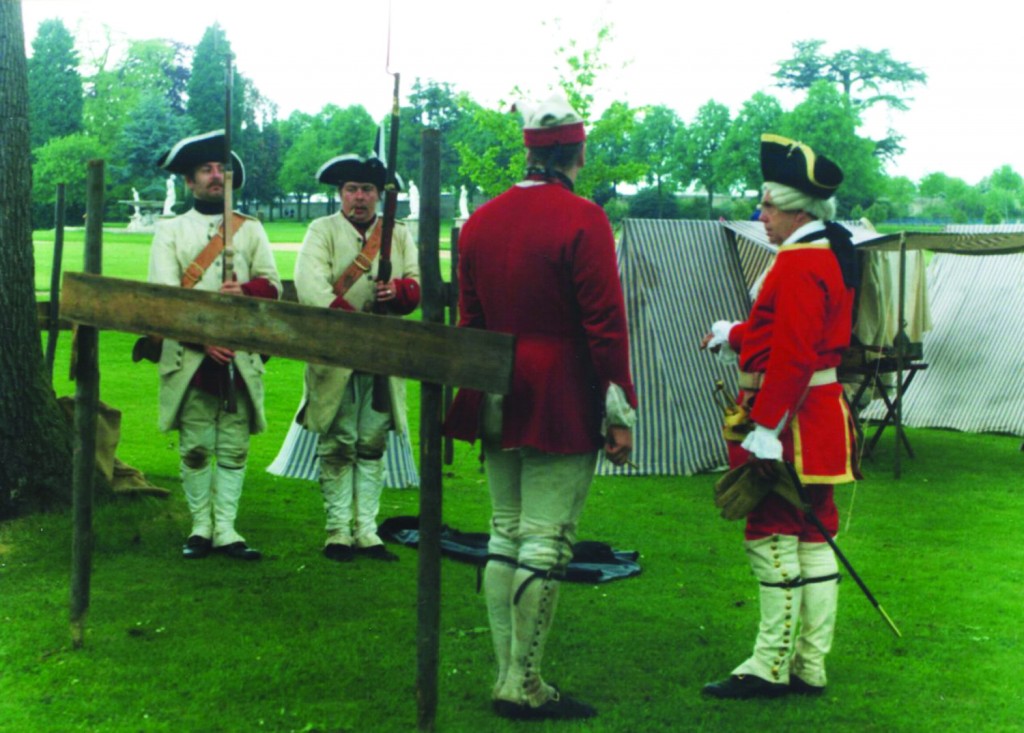 For Lyn Hohmann, the four unknown Colonial American soldiers buried on a hill overlooking Lake George are as deserving of recognition on Memorial Day as any of the hundreds of thousands of U.S. military personnel killed over the next 260 years.

On Monday, she joined about three dozen people for a wreath-laying ceremony at the gravesite of the Colonials, whose remains were discovered in the early 1930s and reburied in Lake George Battlefield Park, site of one of the earliest French and Indian War battles.

The soldiers’ skeletons were unearthed in 1931 while a road crew was working on Route 9 just south of Lake George. The remains were discovered near a ravine where militiamen from Massachusetts and Connecticut were ambushed at the start of the Battle of Lake George.

Although their names are unknown, it was believed that the soldiers served in a Massachusetts regiment commanded by Col. Ephraim Williams, who was killed in 1755 during the battle’s opening skirmish, known as the Bloody Morning Scout. They were among the more than 200 men killed from a 1,500-member Colonial militia force that counted just one British soldier among its ranks.

“They were not British regulars,” said Hohmann, president of the Lake George Battlefield Park Alliance. “They were truly people who volunteered off their farms in New England. Some people who were at this battle took their skills into the American Revolution.”

Several hundred people turned out when the four were reburied in the park on Sept. 8, 1935, the battle’s 180th anniversary.