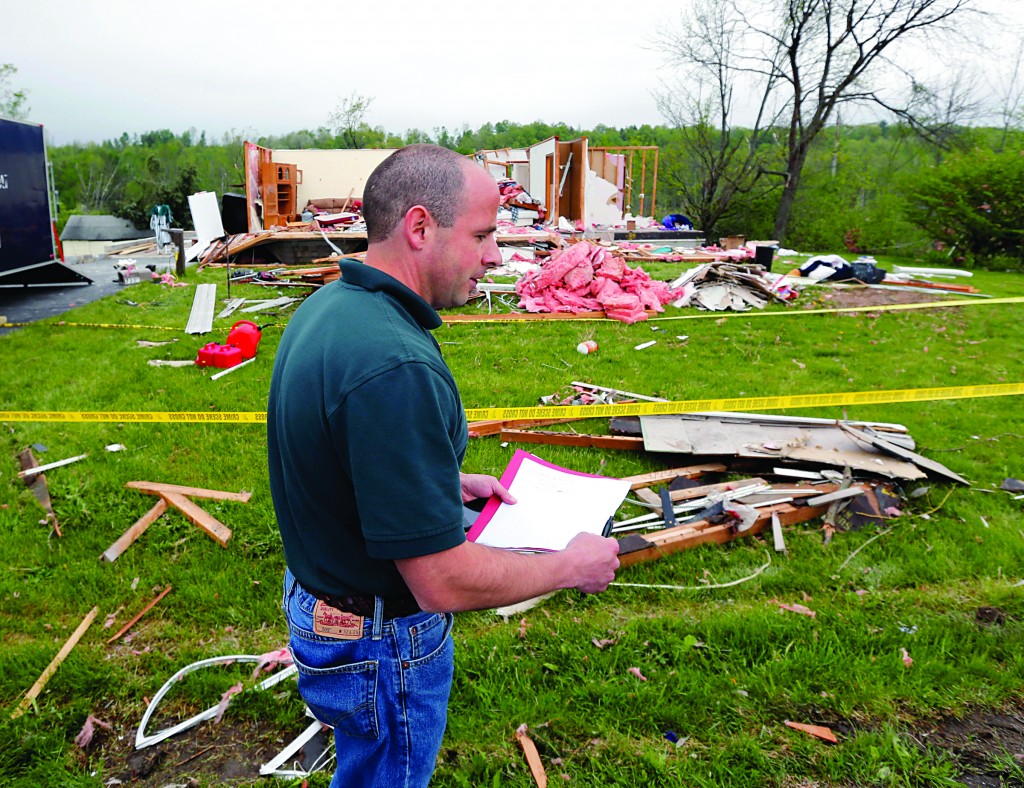 A rare tornado on Thursday destroyed a home, knocked over tractor-trailers and snapped trees in half in rural eastern New York, the National Weather Service confirmed.

Meteorologists who surveyed the damage Friday in Schenectady County say the funnel cloud appeared to have touched ground Thursday afternoon 20 miles west of Albany. No injuries were reported. The storm system weakened as it moved eastward across the Hudson Valley.

The storm hit around the time President Barack Obama was speaking in Cooperstown, 40 miles away.