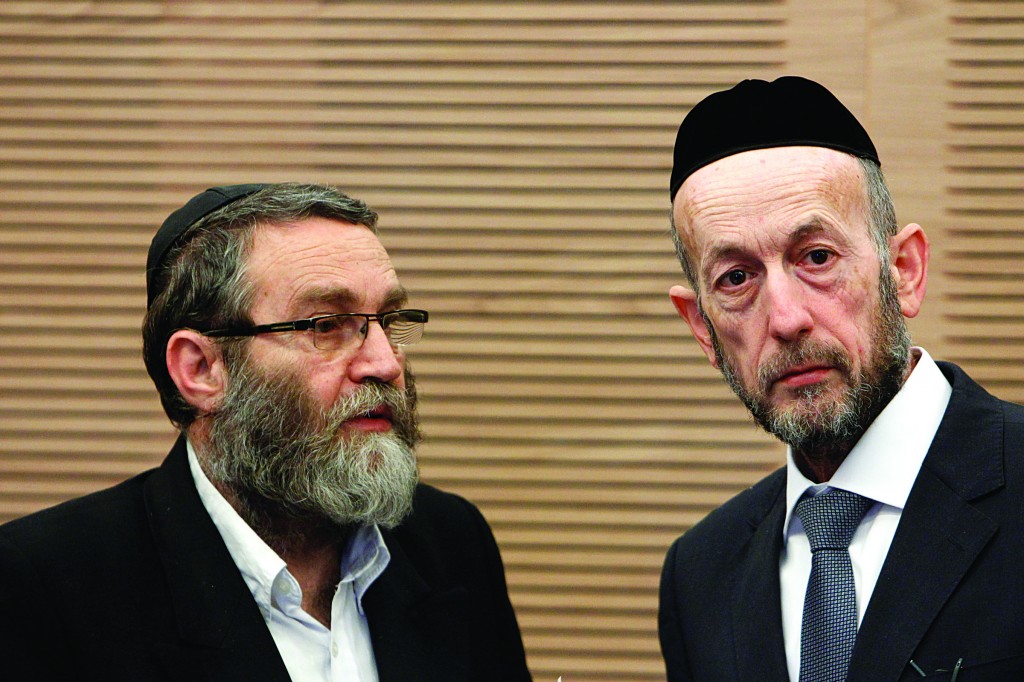 The Israeli High Court ruled on Sunday that the government may no longer provide stipends for full-time kollel students.

The expanded seven-justice panel headed by President of the Court Asher Grunis unanimously struck down the current policy of approximately NIS 1,000 per month in stipends paid directly to some 10,000 students. The funding will cease at the end of 2014. It had no direct bearing on state funding for yeshivos or kollelim as institutions, or the new draft law.

The court invalidated the policy on the grounds that it was discriminatory against other segments of the population who are ineligible, such as university students.

He said the judges’ decision takes bread out of the mouths of poor children and reveals how detached they are from the realities of poverty in contemporary Israel.

UTJ MK Rabbi Moshe Gafni condemned the “disgraceful” ruling against “Torah scholars” as fitting for this “period which we are living in” when chareidim are under attack.

The rules for subsidies currently given — limited to four years to those who did not work, studied at least 35 hours per week and had three children — were aimed at satsifying a previous 2011 court ruling invalidating the subsidies on the grounds of discrimination.

Justice Elyakim Rubinstein, who authored the court’s opinion, said that the new policy’s “stated purpose underlying the government’s decision” — trying to encourage chareidim to enter the work force by setting standards which not all of them could meet for getting the subsidy — nevertheless fell short, including failing to prepare chareidim for entering the workforce after the four-year subsidy expired.