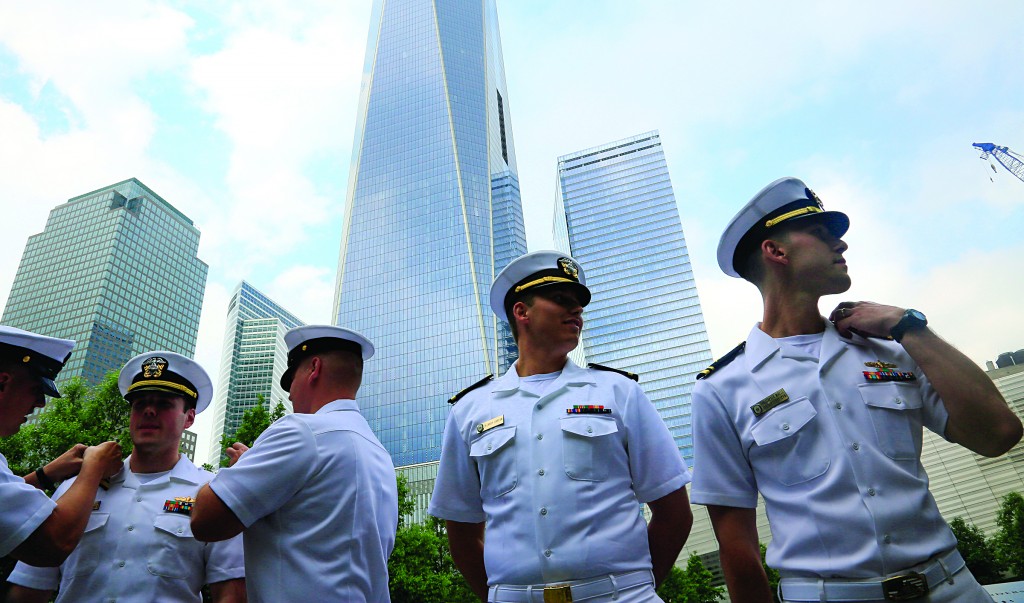 Seventeen service members from the U.S. Navy, Marine Corps and Coast Guard participated in a re-enlistment and promotion ceremony Friday at the National September 11 Memorial Museum in Manhattan.

Rear Admiral Scott A. Stearney, commander of Carrier Strike Group Four, presided over the ceremony in front of one of the reflecting pools where the twin towers once stood.

The service members were in town as part of Fleet Week New York, a weeklong celebration of military services by sea when active ships dock in the city.