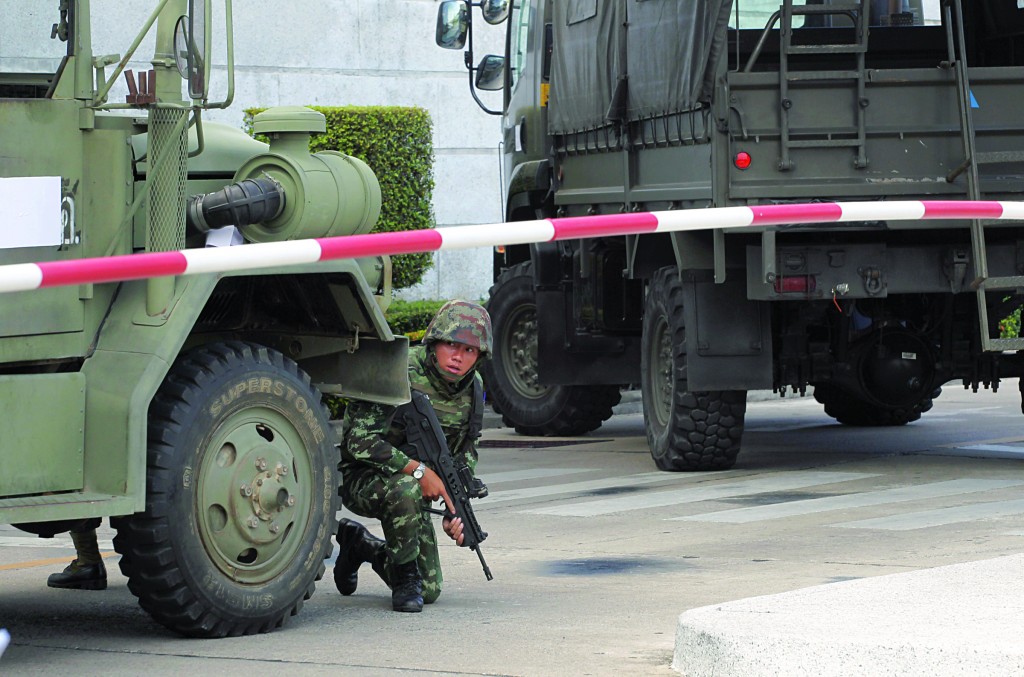 Without firing a shot, Thailand’s powerful military seized control of this volatile Southeast Asian nation Thursday, suspending the constitution and detaining cabinet ministers in a risky bid to end half a year of political upheaval that many fear will only deepen the nation’s crisis.

The coup, the second in eight years, accomplished in a few minutes what anti-government protesters backed by the nation’s traditional elite and staunch royalists had failed to achieve on the street: the overthrow of a democratically elected government they had accused of corruption.

The new junta leader, army chief Gen. Prayuth Chan-ocha, announced he was taking power almost immediately after talks between the nation’s bitter political rivals — which lasted a mere four hours over the last two days — ended in deadlock and the government refused to resign.

Prayuth claimed he had to act to restore stability and “quickly bring the situation back to normal” amid increasing spasms of violence that together with controversial court rulings had rendered the government powerless and the country profoundly divided.

But troubles for Thailand, a regional economic hub whose idyllic white-sand beaches and elephant-filled jungles draw millions of tourists a year, could be just beginning.

“We’re likely to see dark days ahead,” said Thitinan Pongsudhirak, a political analyst at Bangkok’s Chulalongkorn University, referring to the possibility of violent resistance from the ousted government’s supporters.

The deposed administration of acting Prime Minister Niwattumrong Boonsongpaisan, which was summoned to appear before the junta Thursday night, seemed to have gone into hiding and made no statement condemning the coup. Four of its ministers, ordered to an army compound for talks earlier in the day, were in custody, along with top protest leaders.

The army, which imposed martial law in a surprise move Tuesday that many sensed was a prelude to taking full power, imposed a nationwide curfew that began at 10 p.m. — a clear sign it is concerned about potential unrest.

Secretary of State John Kerry condemned the takeover and warned it would “have negative implications for the U.S.-Thai relationship,” but did not announce immediate punitive steps. The State Department said it was reviewing millions in aid.

“There is no justification for this military coup,” Kerry said in a statement that also called for the release of detained political leaders and a return of press freedom.