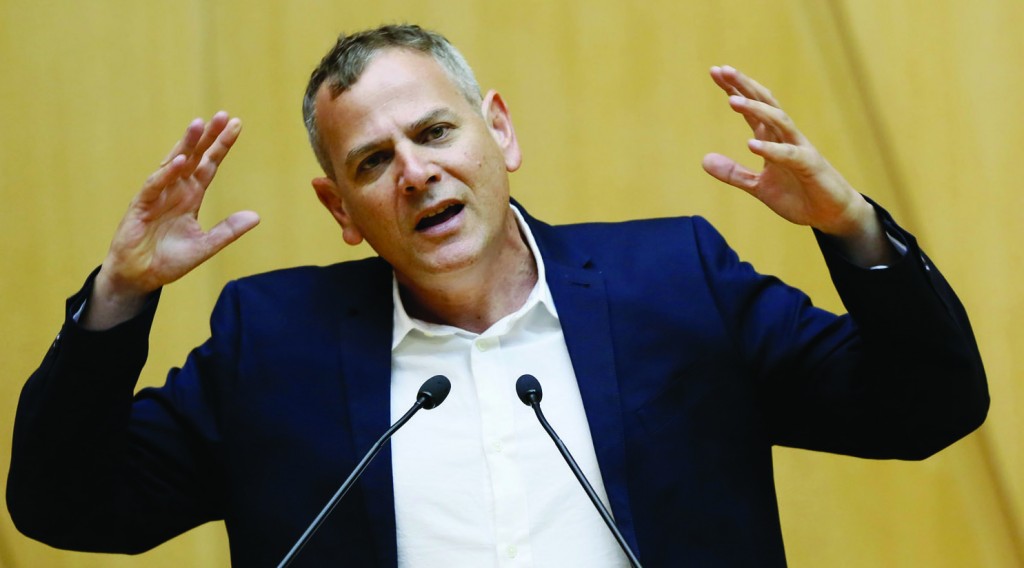 Netanyahu did not learn of the meeting until his return from a visit to Japan, after it had already been arranged. When Netanyahu demanded an explanation from Livni, she reportedly said that she had intended to notify him in advance, but because of the time difference between London and Japan, she wasn’t able to reach him.

Witnesses were quoted as saying that they “had never seen Netanyahu so furious.”

However, the prime minister was dissuaded by Finance Minister Yair Lapid from removing her from office, arguing that it would lead to the breakup of the government coalition.

It was not made known what, if anything, was accomplished by the unauthorized contact, but senior coalition partners castigated Livni for it.

Foreign Minister Avigdor Lieberman (Yisrael Beitenu) told Israeli media that it could not be more than a private meeting, since officially negotiations with the PA have been suspended indefinitely.

“Tzipi Livni has lost touch with the Israeli voter a long time ago. But with her last meeting she showed that she is like a satellite lost in orbit, with no connection to the planet Earth,” Bennett said.

On Thursday, a call came for her resignation from Livni’s end of the political spectrum, as Meretz MK Nitzan Horowitz told The Times of Israel that she owes it to the people of Israel to resign from the government and make plain that Netanyahu is primarily at fault for preventing a peace agreement.

Livni knows this, he said, and she’s convinced that Abbas is ready for an accord, and she should say so in public. “That’s why I said she should get up and leave the government,” Horowitz said.

Why hasn’t she done so? “She thinks, ‘I’m a little party [her faction, Movement, holds only six of the Knesset’s 120 seats]. What would I do in opposition?’”

On a historical note, Caspit has also written describing Livni’s own protests against then-Defense Minister Ehud Barak conducting negotiations with Hamas in 2008 when the Olmert government’s express policy was not to.

Barak denied it, saying that he had dispatched his deputy Amos Gilad to Cairo merely “to listen” to what the other side had to say through Egyptian intermediaries.

But Livni, then Foreign Minister, rejected this as semantics, insisting that “no matter how you look at it, it’s negotiations.” She was so indignant that she would open every discussion of the subject by repeating her objection to Barak’s violation of official policy.