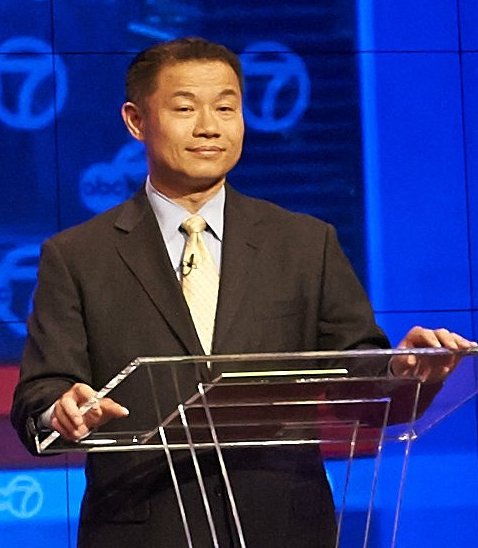 Former comptroller John Liu on Thursday announced he was returning to politics after a brief hiatus when he lost the mayoral primary last year.

Liu, the first Asian-American elected citywide, will officially launch his Democratic primary campaign against state Sen. Tony Avella on Friday morning, he said in a statement. Avella, a Queens Democrat, had angered party members last month by transferring his allegiance to a breakaway faction that leads the chamber together with Republicans.

“I humbly declare my candidacy for the State Senate to represent northeast Queens, where I’ve lived and grown up my whole life and am now raising my own family,” Liu said.

“Mr. Avella was elected as a Democrat and has decided to empower the Republican minority in the State Senate and in essence putting them back into power,” said Rep. Joe Crowley, the chair of the Queens Democratic party.

Assembly Speaker Sheldon Silver on Thursday declared his backing for Liu at the Democratic convention in Long Island, telling him “go, man, go!” as reporters stood nearby.

As the city’s chief auditor, Liu was credited with saving approximately $5 billion, and for simplifying the budget process for citizens through his Checkbook NYC. However, campaign fraud violations have dogged his political career, with a top fundraiser and a former treasurer convicted last year.

Liu was never personally accused, but he was denied matching public funding for his mayoral bid, something he says doomed it. He sued the city’s Campaign Finance Board in federal court.

Liu’s Asian constituents comprise a significant part of the district. However, low voting averages among them may give Avella a clear shot at reelection.