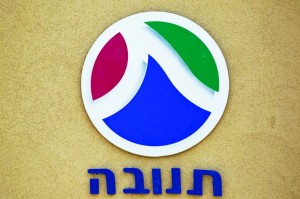 China’s Bright Food Group struck a deal to buy control of Israel’s largest food company. State-owned Bright Food said on Thursday it would buy 56 percent of dairy firm Tnuva from private equity house Apax , under the terms of a preliminary accord.

The sale of the famous Israeli brand has been strongly criticized by some lawmakers and security experts.

“What normal country puts its food security and its entire milk industry in the hands of China?” asked opposition MK Shelly Yachimovich (Labor), who called for Tnuva instead to be floated on the Tel Aviv Stock Exchange.

The former head of Shin Bet, Efraim Halevy, on Thursday called the sale “dangerous to Israel’s national security. Food is a matter of security, not just a matter of money,” he said.

“Food is a central issue in any country, and a state’s most basic obligation is to ensure a secure, safe food supply for its citizens,” said Halevy.

Having said that, Halevy did not advocate the government should stop the deal. “The deal is done,” he said. “I made my opinion known to all who asked before it was signed. Now we will have to make sure that the food supply is protected.”

Bright Food did not disclose the sum, but Israel’s Mivtach Shamir Holdings, another major shareholder in Tnuva, said the deal valued all of the dairy company at about $2.5 billion, up from $1 billion when Apax and Mivtach took control in 2008.

The deal, the latest in a multi-billion dollar overseas acquisition spree by Bright Food, will give the Chinese firm access to new cheese products and the Israeli firm’s technological know-how in dairy production, trade sources and analysts said.

Best known for its cottage cheese, Tel Aviv-based Tnuva had 2013 revenue of 7.17 billion shekels ($2.05 billion) from the sale of a range of cheeses, as well as milk, yogurt, meat and eggs.

The deal is one of the biggest ever in Israel’s consumer goods market. While large foreign acquisitions of Israeli high-tech firms are common, companies focused on its small domestic market are viewed as less attractive.

Tnuva CEO Arik Shor told Army Radio that the sale “is evidence of the soundness of the Israeli economy and Israeli agriculture.”

Shor said it would allow the company to export its products. “A long-term strategic partner has come, and together we will develop many products and we’ll be able sell and expand outside Israel — to China and other countries where Bright Food operates. For 88 years, Tnuva has dreamed of having an owner of this quality.”

The investment comes as increasingly affluent Chinese consumers opt to pay more for imported goods in the wake of safety scandals in local food supply chains, attracting the attention of global food giants as well as China’s producers.

Mivtach said it was holding talks with Bright Food as to whether it will join Apax in the deal and sell its 21 percent stake in Tnuva. Mivtach has a “tag-along” option giving it the right to sell its stake together with the Apax sale.

A group of kibbutzim own the rest of Tnuva. Bright Food said it would look to strengthen cooperation with smaller shareholders, rather than buy them out, and hopes to close the deal by the end of the year.

Apax expects the deal to be completed within weeks and anticipates no problem in gaining the required regulatory approvals, The Jerusalem Post reported.

Certain provisions in the deal are aimed at easing the way through governmental scrutiny and perhaps averting public protest. Bright Food has to keep Tnuva’s center of operations in Israel, including management, production and development. In addition, most members of the board of directors and management, and the CEO will remain Israeli, while a representative of Bright Food will serve as chairman.

This article appeared in print on page 1 of the May 23rd, 2014 edition of Hamodia.