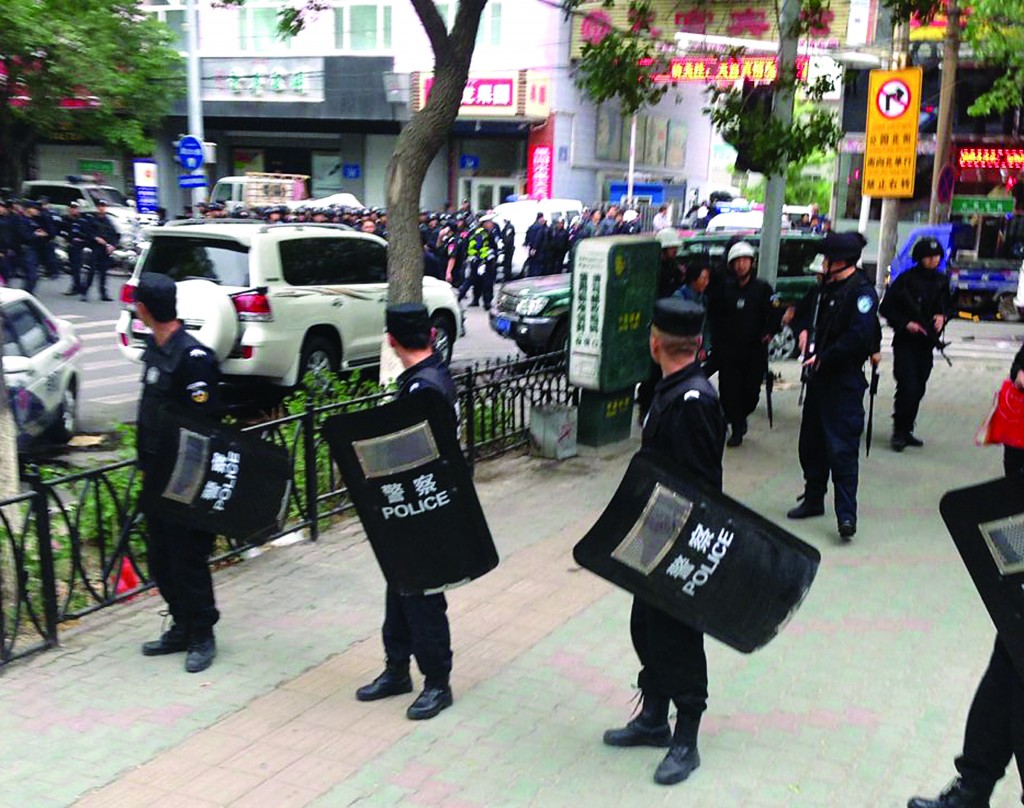 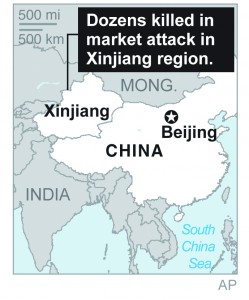 Attackers hurled bombs from two SUVs that plowed through shoppers at a busy street market in China’s volatile northwestern region of Xinjiang on Thursday, killing 31 people and wounding more than 90.

The early morning attack in the city of Urumqi was the bloodiest in a series of violent incidents over recent months that Chinese authorities have blamed on radical separatists from the country’s Muslim Uighur minority.

The Xinjiang region is home to the native Turkic-speaking Uighurs (pronounced WEE’-gurs) but has seen large inflows from China’s ethnic Han majority in recent decades. Uighur activists contend that restrictive and discriminatory policies
favoring the Chinese migrants are fueling the bloodshed. The knowledge that Muslims elsewhere are rising up against their governments also seems to be contributing to the increased militancy.

The two vehicles crashed through barriers at 7:50 a.m. and drove right into the crowds while setting off explosives, according to a statement by the Xinjiang regional government. It was unclear how many assailants were in the cars.

The SUVs then crashed head-on and one of them exploded, the official Xinhua News Agency reported. It quoted an eyewitness as saying there were up to a dozen blasts in all and that at one point one of the vehicles stopped because it was blocked by bodies and handcarts.

“I heard four or five explosions. I was very scared. I saw three or four people lying on the ground,” Fang Shaoying, the owner of a small supermarket near the scene of the attack, told The Associated Press by phone.

Thursday’s attack also was the bloodiest single act of violence in Xinjiang in recent history.

Urumqi was the scene of a bomb attack at a train station late last month that killed three people, including two attackers, and injured 79. Security in the city has been significantly tightened since that attack, which took place as Chinese President Xi Jinping was visiting the region.

In response to Thursday’s attack, Xi pledged to “severely punish terrorists and spare no efforts in maintaining stability,” Xinhua reported.

Prior to last month’s train station attack, Urumqi had been relatively quiet since the 2009 ethnic riots amid a smothering police presence. The sprawling metropolis’ population of more than 3 million people is about three-fourths Han Chinese.

Tensions between Chinese and ethnic Uighurs in Xinjiang have been simmering for years, but recent attacks show an audaciousness and deliberateness that wasn’t present before. They are also increasingly going after civilians rather than police and government targets.