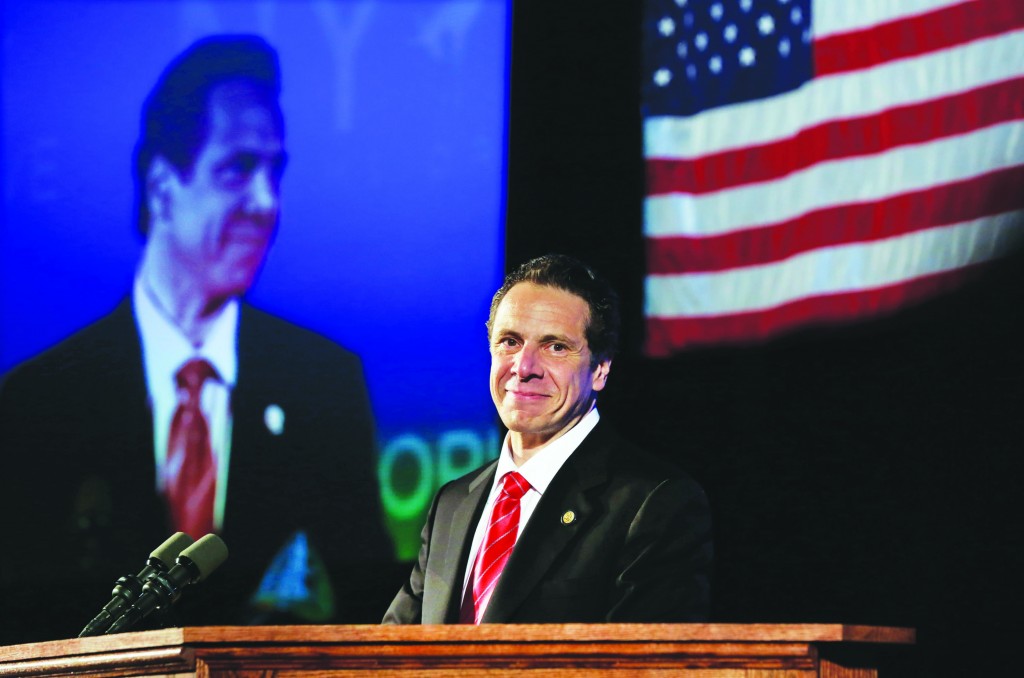 Accepting his party’s nomination, Cuomo sounded a triumphant note in his party convention address that cited his successful efforts to legalize immorality and pass a gun control law, and his work to boost education investments and fix the economy of upstate New York.

“We are a family … That’s the dream of New York. We are one. We are upstate and we are downstate but we are one,” Cuomo said, before finishing with “You ain’t seen nothing yet.”

Polls suggest Cuomo enjoys a sizeable lead over Astorino, who is little known in many parts of
the state. But the same polls also indicate the governor’s advantage would shrink if he faces a left-leaning challenger.

Firming up the governor’s left flank, de Blasio introduced him with a ringing endorsement. He did not mention the bitter battle they fought over charter schools, raising taxes to pay for universal prekindergarten or the minimum wage.

“Let’s talk about early childhood education,” the first-term mayor said. “With the support of Governor Cuomo, we now have the biggest step forward for pre-K in the history of New York City. This governor has stepped up.”

Cuomo’s business-friendly policies have angered some liberal Democrats, but praise from de Blasio may blunt that criticism.

Republicans nominated their slate at a convention last week, and insist Cuomo hasn’t done enough to strengthen the economy and take on corruption.