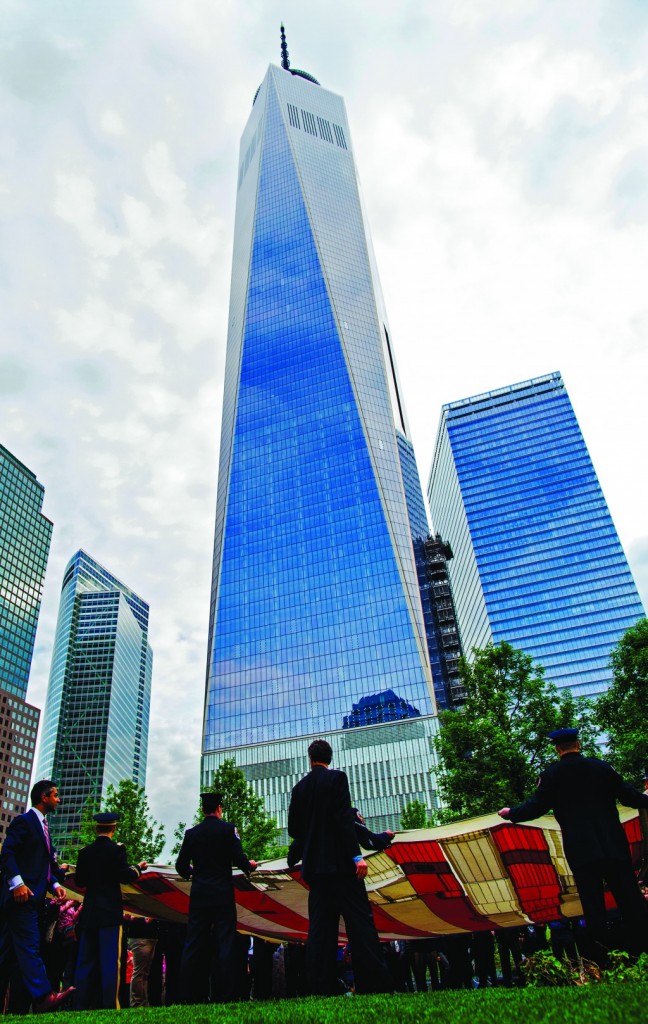 There are prominent videos of the twin towers collapsing, photos of people falling from them, portraits of nearly 3,000 victims and voicemail messages from people in hijacked planes.

But behind the wrenching sights and sounds of the National Sept. 11 Memorial Museum lies a quiet effort to help visitors handle its potentially traumatic impact, from silent spaces and built-in tissue boxes to a layout designed to let people bypass the most intense exhibits.

Discreet oak-leaf symbols denote items connected to the dead, and the images of falling victims are in an alcove marked with a warning sign. Designers made sure rooms have ample exits, lest people feel claustrophobic in the underground space. And American Red Cross counseling volunteers stood by as the museum opened to the public Wednesday.

“There’s a lot of thought given to the psychological safety of visitors,” said Jake Barton, who helped create the exhibits.

More than 42,000 9/11 relatives, survivors and rescuers have already visited the museum, which opened to them last Thursday. Museum planners realized early on the challenge of trying not to shatter people “while at the same time being true to the authenticity of the event,” said Tom Hennes, founder of exhibit designer Thinc Design.

Trauma specialists told museum leaders that sounds of voices and images of hands and faces could be particularly distressing and that visitors should get to choose what to see.

To allow visitors an emotional breather, silent spaces with few artifacts surround the densely packed historical exhibit that follows the timeline of 9/11, set off by a revolving door. Elsewhere, a room where visitors can call up recorded recollections about victims was designed as a quiet sanctum, with tissue dispensers embedded in the benches.

The historical exhibit envelops visitors in images, information, objects and sounds, but designers sought to avoid emotional overload. Ambient sounds of emergency radio transmissions and victims calling home are interspersed with the calmer tones of survivors recounting the day. The hijackers are included, but carefully, in grainy airport-security video and unobtrusive individual photos.