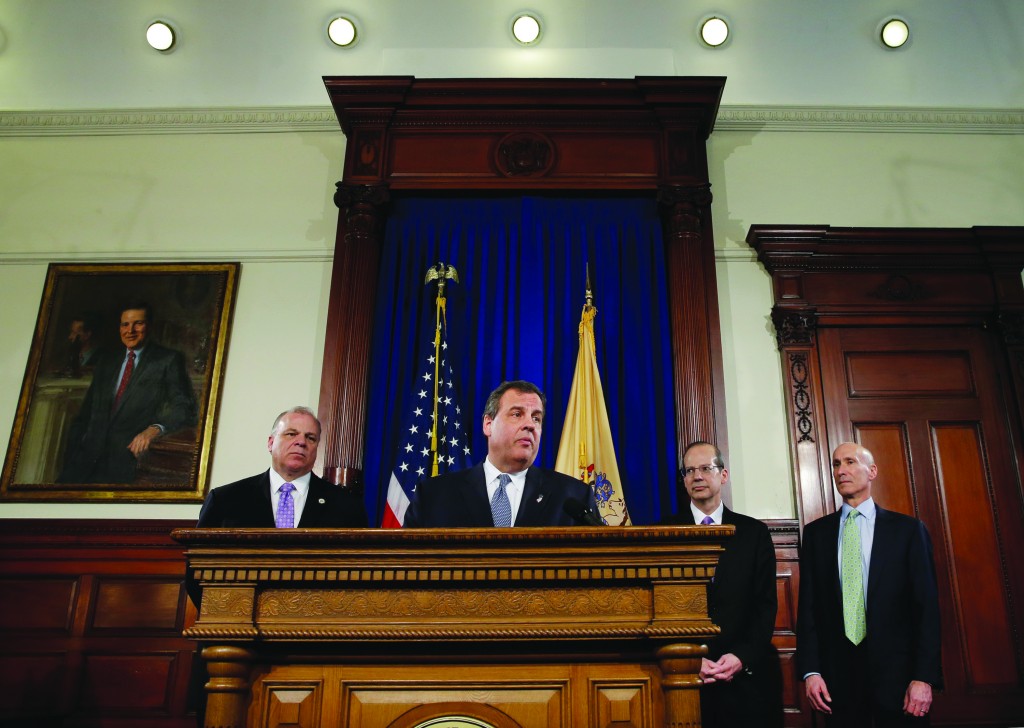 Gov. Chris Christie announced a deal with the top Senate Democrat Wednesday that breaks the stalemate over Supreme Court justices with the re-nomination of the Democratic chief justice and the nomination of a Republican jurist selected by the governor.

Christie and Senate President Stephen Sweeney announced the deal on the re-nomination of Chief Justice Stuart Rabner and the nomination of Superior Court Judge Lee Solomon.

“I have never doubted the chief justice’s integrity, his qualifications, his ability to do the job and I think in the main he has done his job extraordinarily well,” Christie said of Rabner.

He said reports that Rabner’s job was in jeopardy because it was at odds with Christie’s vow to reshape the court were mistaken.

The deal ends a long-standing feud between Christie and Senate Democrats over the makeup of the top court. A seventh seat will remain vacant, to be filled on a temporary basis by the most senior judge on the Superior court.

If both jurists are confirmed as expected, the partisan balance of the court would remain three Republicans, three Democrats and one independent.

An appointee of Democratic Gov. Jon Corzine, Rabner, 53, could then serve until reaching the mandatory retirement age of 70.