Phasing Out MetroCards Not Seen Before 2020 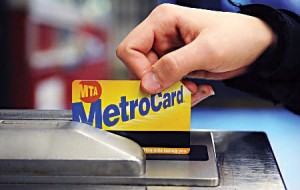 New York subway and bus riders may be swiping their MetroCards beyond 2020, defying a previously-given MTA deadline that the current system could not be maintained in good repair beyond 2019 without more spending.

The agency said on Monday it can maintain the system until 2020 based on its current budget, with transit officials deciding on a new payment system design this year. It will begin phasing it in by early 2017 while overlapping with the MetroCard for three years.

But an independent consultant contracted by the authority told board members the agency should budget for more time. He said that other transit systems in North America have taken five to 10 years to implement a new system.

The MTA had originally called 2012 the year it would enter the next phase of payment arrangements, having discarded tokens in 1993. They did not specify what form this new payment method would take, though in recent years the MTA has focused on contactless, account-based systems that could rely on smart cards, key fobs or cellphones.

This article appeared in print on page 1 of the May 21st, 2014 edition of Hamodia.