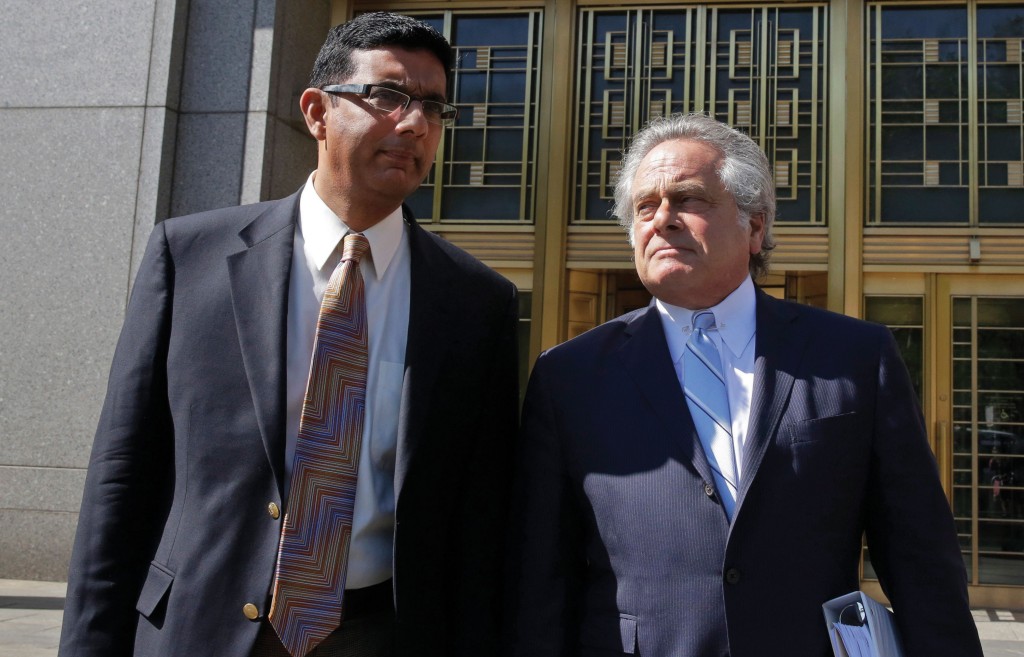 Dinesh D’Souza, 53, entered the plea in Manhattan the day his trial was to begin, admitting he had two close associates each contribute $10,000 to Wendy Long’s campaign with the understanding that he would reimburse them.

“I did reimburse them,” D’Souza told Judge Richard M. Berman. “I knew that causing a campaign contribution to be made in the name of another was wrong and something the law forbids. I deeply regret my conduct.”

A plea agreement D’Souza signed calls for him not to challenge any sentence within the range of 10 months to 16 months.

His attorney, Benjamin Brafman, said he was hopeful that the judge “will recognize Mr. D’Souza to be a fundamentally honorable man who should not be imprisoned for what was an isolated instance of wrongdoing in an otherwise productive life.” Sentencing was set for Sept. 23.