Business Maid of the Mist Gets Competition for 1st Time
Business 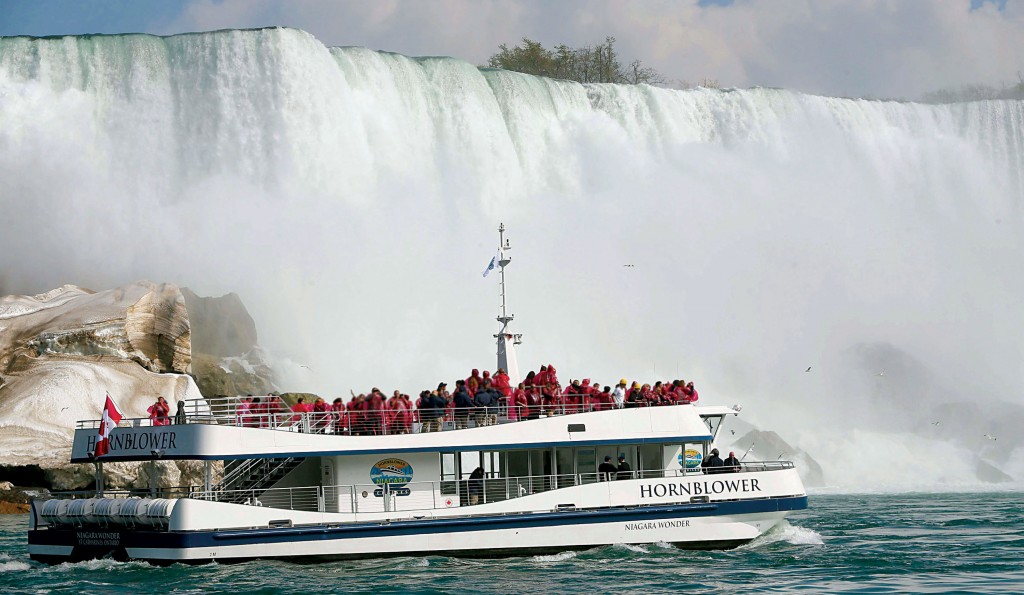 For more than 150 years, the Maid of the Mist tour boats have been all alone below Niagara Falls as they’ve ferried tourists close enough to be drenched by the spray.

But this tourist season, a second set of boats is navigating the Niagara Gorge.

The Maid of the Mist Steamboat Co. continues to launch from the American shore but lost its Canadian contract to rival Hornblower Niagara Cruises, which began sailing from across the river last week.

Maid of the Mist, with its two 600-passenger steamship-style vessels, and Hornblower’s pair of 700-passenger catamarans offer virtually the same daytime experience: sailing poncho-clad passengers up to the 16-story walls of whitewater for views unrivaled on land.

Hornblower’s $25 million entry into the market includes plans for evening cocktail and fireworks cruises, as well as a redesigned plaza, self-serve ticket kiosks, double-deck loading docks and a pavilion that sells souvenirs by day and becomes party space at night.

“I’m big on tradition,” Hornblower Chairman and Chief Executive Terry MacRae said from a conference room overlooking the gorge Thursday as passengers pulled on red-hooded ponchos and lined up to be part of first-day excursions. “But putting modern amenities in place is good business practice.”

About 200 feet across the Niagara River, groups of passengers in blue lined up for rides on Maid of the Mist.

The captains agreed to alternate departure times for the 15- to 20-minute rides, one loading and unloading passengers while the other makes his figure eight through the gorge.

“The Maid of the Mist experience itself remains what it’s always been, an incredible voyage to the base of Niagara Falls,” said Kevin Keenan, a spokesman for the company that has carried celebrities and heads of state among its 85 million passengers since 1846.

For its part, Maid of the Mist has added free wi-fi on board this season, renovated the ships’ restrooms and redesigned its website. Hornblower charges adults about $18 for daytime cruises and the Maid of the Mist charges $17.