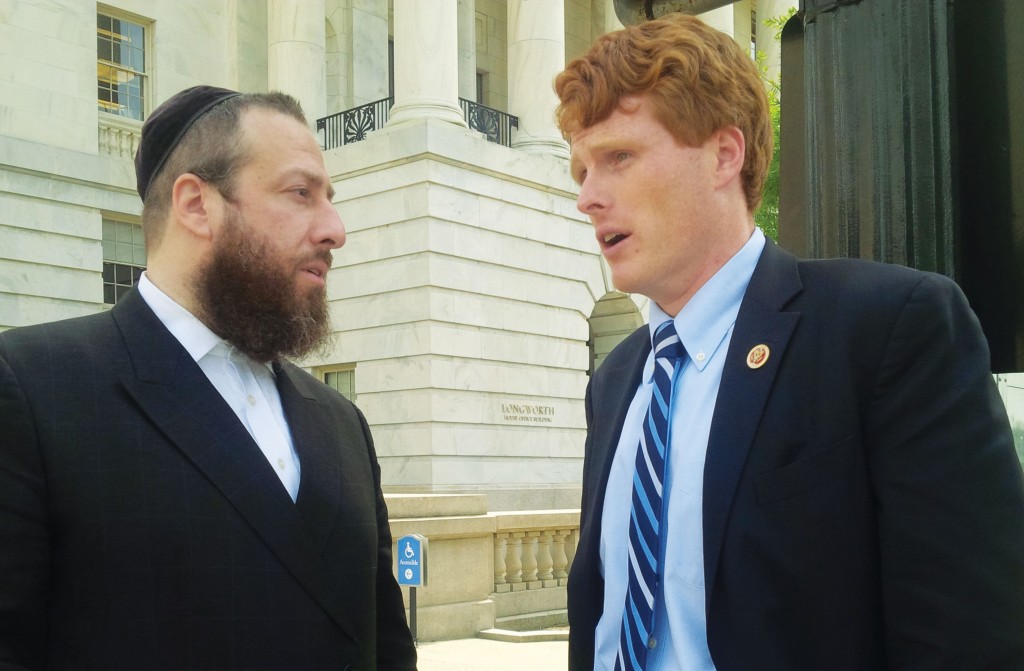 Congressman Joe Kennedy (D-Mass.) and Congressman Trent Franks (R-Ariz.) announced Tuesday that legislation to honor Israeli President Shimon Peres with the Congressional Gold Medal (H.R. 2939) passed the House of Representatives by voice vote. The bill was introduced last year by Rep. Kennedy and Rep. Franks in the House and Senators Kelly Ayotte (R-NH) and Michael Bennet (D-CO) in the Senate. The Senate passed a companion version of the bill in March by unanimous consent.

“For over 70 years, President Shimon Peres has dedicated himself to the enduring bond that unites Israel and the United States,” said Congressman Kennedy. “There has been no greater champion for our shared values and defender of our shared interests. The passage of this bill signifies that Congress and the American people stand strong in our support of Israel and her people. In recognition of his tireless efforts and of the friendship embedded deeply between our two countries, I am honored to join my colleagues in moving this bipartisan legislation forward.”

“On behalf of my colleagues Stanley Treitel, Lee Samson, Robert Rechnitz, Hassan Ali bin Ali, and Joe Stamm, I’d like to thank Congressman Kennedy and Congressman Franks for introducing this legislation and ensuring its passage. The U.S. Israeli relationship has been greatly enhanced by this leadership and we look forward to their continued leadership for decades to come,” said Ezra Friedlander, CEO of The Friedlander Group. Friedlander spearheaded the establishment of the Shimon Peres Congressional Gold Medal Commemoration Committee.