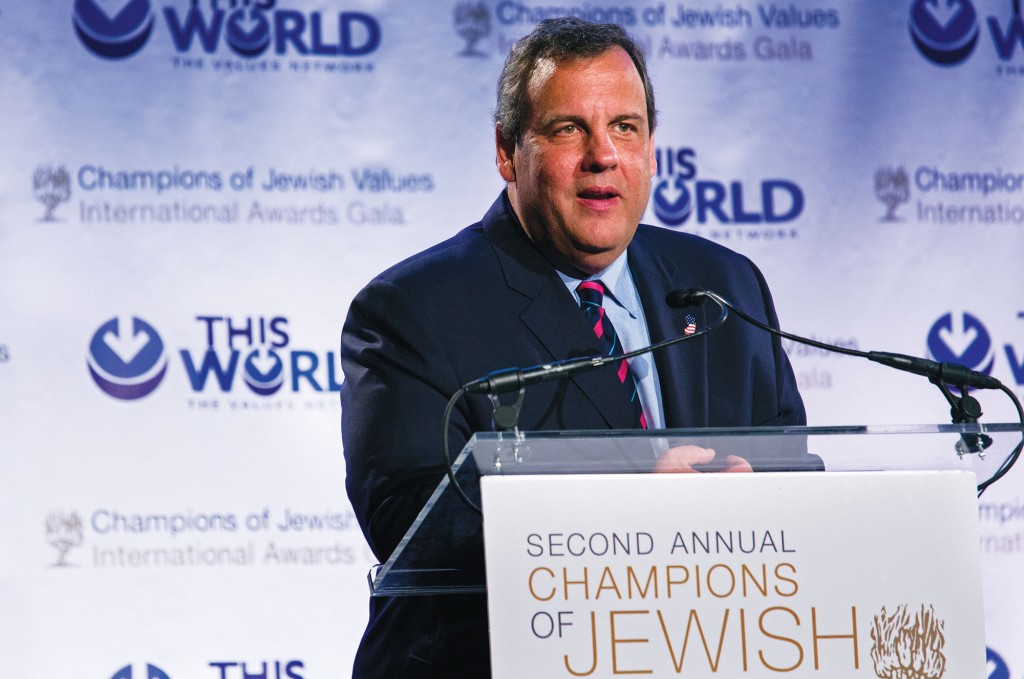 “The rest of the world watches in desperation and hope that America will realize and act upon once again its indispensable place in the world,” Christie, a prospective Republican presidential contender, said in a keynote address Sunday at the Champions of Jewish Values International awards gala in New York. “We must lead.”

He charged that America must represent the strongest military and economic power, but also “the strongest moral power for what is good and what is right in the world.”

Christie did not talk about his presidential prospects or mention Israel, but insisted that U.S. leaders must send “clear and consistent signals” to nations it supports and those it doesn’t, while promoting America’s values.

“We need to stand once again loudly for these values,” he said. “And sometimes that’s going to mean standing in some very messy, difficult places. Standing long and hard for those things that we believe in.”

“We will either lead or disappoint. Those are the only two choices. Unfortunately, today, in my opinion, America is disappointing. But it’s not too late.