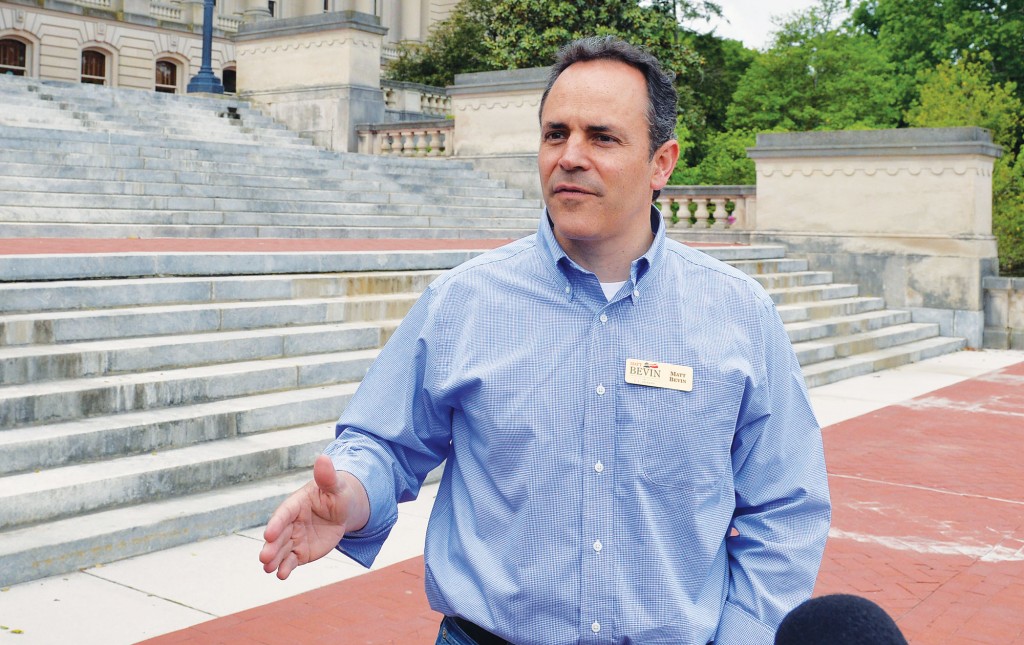 Senate Republican leader Mitch McConnell looked to vanquish a tea party challenger in Kentucky, and nearly a dozen candidates vied Tuesday night for spots on the Georgia ballot for fall elections that will decide control of the U.S. Senate, highlights of primaries that spread across six states.

In Arkansas, Democratic Sen. Mark Pryor and his Republican challenger, Rep. Tom Cotton, ran unopposed for their party nominations, pointing toward their highly anticipated battle in November as the GOP labors to gain a majority.

Pennsylvania Democrats eager to gain control of their statehouse sorted through four contenders vying to challenge Republican Gov. Tom Corbett, who faces an uphill battle for re-election in November.

Idaho and Oregon also held primaries on the busiest night of the year so far on the political calendar.

Republican primary struggles between establishment-backed conservatives and tea party-favored rivals were a dominant feature in several states, as they had been earlier in North Carolina and will be later in Mississippi, Kansas and Alaska.

Some voters said they had made up their minds based on more than the names on the ballot.

“I’m conservative, but I think most of the tea party people are a little too extreme,” said David Reynolds, 63, of Union, Kentucky, after voting in his state’s Senate race. He said he cast his vote for McConnell over challenger Matt Bevin.

Republicans must gain six seats to win a Senate majority, and party leaders have made it a priority to avoid the presence of candidates on the ballot this fall who are seen as too conservative or unsteady — or both — to prevail in winnable races.

McConnell drew a challenge from Bevin, backed by tea party groups in the state where they made their mark four years ago by sweeping GOP Sen. Rand Paul into office.

Out-maneuvered in 2010 when his preferred contender was defeated, McConnell responded this time by hiring a top aide to Paul as his own campaign manager. For his part, Bevin stumbled through a campaign that included an appearance at a rally of cock-fighting supporters.

Alison Lundergan Grimes, touted by Democratic Party leaders in Washington, faced three rivals in her bid to oppose McConnell in the fall in a race that is likely to be among the most expensive and competitive in the country.

The Arkansas race was in that category, too, as was Georgia’s.

In Georgia, Michelle Nunn, another prized Democratic recruit, sought the nomination to the seat her father, Sam Nunn, held for four terms.

Businessman David Perdue, Rep. Jack Kingston and former Secretary of State Karen Handel were among seven trying for the Republican nomination in a struggle likely headed for a two-way runoff on July 22. Reps. Phil Gingrey and Paul Broun also were on the ballot, and the presence of three incumbent lawmakers on the Senate ballot assured a large turnover in the state’s House delegation come January.

The Senate race was fiercely expensive — $10 million had been spent on television commercials through the end of last week — and highlighted the divisions within the Republican party. Perdue relied on his background as a businessman, while Broun and Gingrey ran farther to the right. Handel sought to capitalize on the backing of former Republican vice presidential candidate Sarah Palin, and Kingston had the support of the U.S. Chamber of Commerce.

There were gubernatorial primaries in Georgia, Arkansas, Oregon and Idaho, as well as Pennsylvania.

Corbett’s poor ratings in Pennsylvania drew a crowd in the Democratic gubernatorial primary. Among the contestants was businessman Tom Wolf, who said he would spend $10 million of his own money on the race, as well as Rep. Allyson Schwartz.

A smattering of Republican House members faced primary foes, notably Rep. Mike Simpson of Idaho. Challenger Bryan Smith said the incumbent wasn’t conservative enough, and drew early support from the Club for Growth in a bid to oust him.

Establishment groups rallied behind Simpson, and the Club for Growth quit running ads for Smith weeks ago.