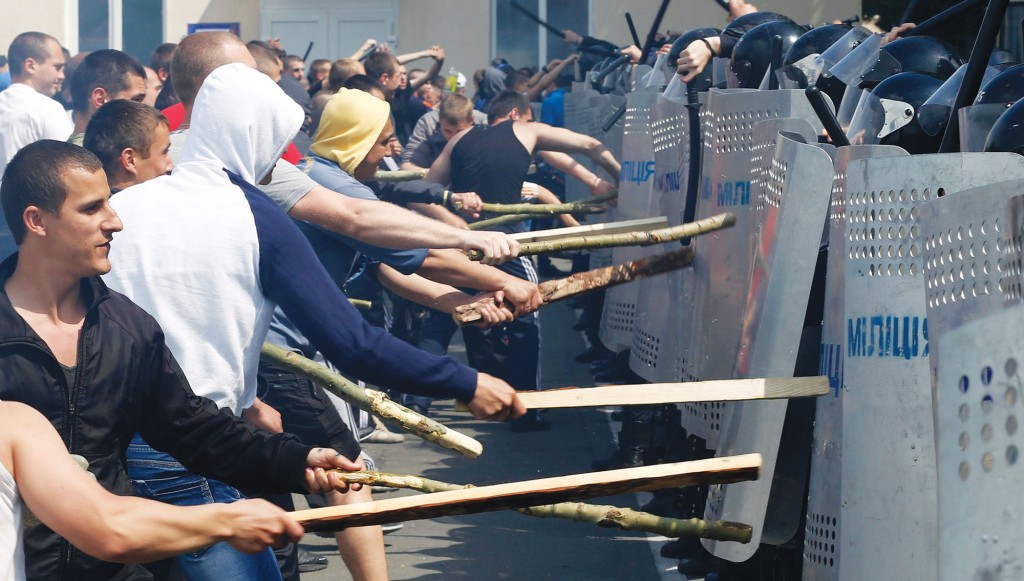 In what could be an attempt to ease tensions with the West and avoid more sanctions, President Vladimir Putin ordered Russian troops deployed near Ukraine to return to their home bases Monday.

Putin also praised the launch of a dialogue between Ukraine’s government and its opponents even as fighting continued in parts of the country ahead of Sunday’s presidential election.

The seemingly conciliatory approach suggested that Putin may believe he has achieved his key goal of maintaining Russian influence over eastern Ukraine without having to send in troops.

Russia still wants guarantees that Ukraine will not join NATO and will conduct constitutional reforms to give broader powers to its regions, something that would allow Moscow to maintain its clout in the Russian-speaking east that forms the industrial heartland. The continued unrest in the east is serving Putin by making it difficult  for the government in Kiev to consolidate its control in the region.

Putin specifically ordered Defense Minister Sergei Shoigu to pull back the forces involved in the “planned spring drills” in the Rostov, Belgorod and Bryansk regions to their home bases, the Kremlin said. The order appears to go further than a similar statement by the Russian leader two weeks ago that troops were being pulled back from the border to shooting ranges.

The three regions border Ukraine, and the withdrawal of troops deployed there would signal a genuine attempt by Moscow to de-escalate the worst crisis in its relations with the West since the Cold War. It also would be easily verifiable by Western intelligence.

The Kremlin statement didn’t say how many troops would be pulled out or specify how quick the withdrawal would be.