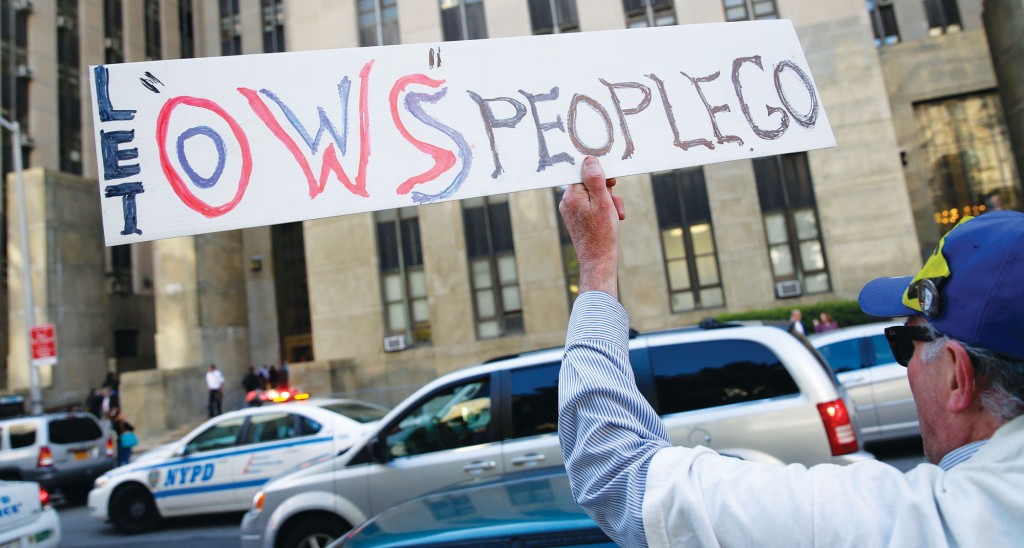 An Occupy Wall Street protester who became a cause celebre for activists after she was charged with assaulting a police officer was sentenced Monday to 90 days in jail, with a judge saying a protest is no excuse for an attack.

Cecily McMillan, 25, apologized for injuring the officer but defiantly proclaimed her innocence as she was sentenced on one of the few felony convictions resulting from the New York protests. She could have been sent to prison for seven years.

“I have been exhausted of almost everything that makes me, me, with one key exception: my dignity,” said the student.

Prosecutors said McMillan baldly hit an officer in the face, misrepresented what happened and used her trial as “a grandstand for her political opinions.”

McMillan was arrested as activists observed the Occupy’s six-month mark on March 17, 2012. A video showed McMillan elbowing an officer in the eye as he ushered her along.