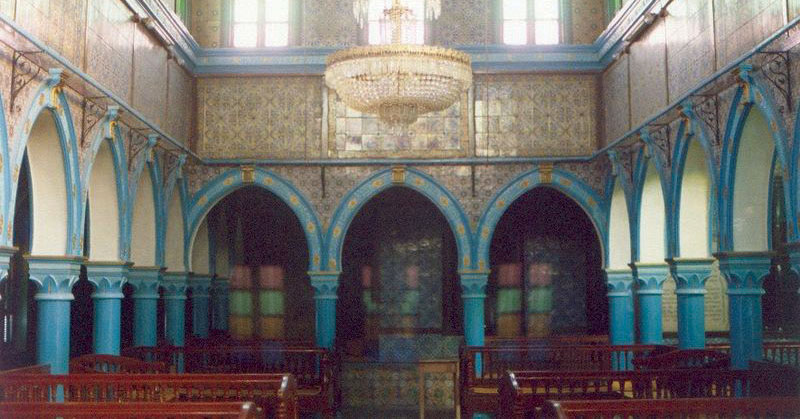 Despite years of security concerns and a harsh debate over Israeli passports, officials said Sunday the number of Jews taking part in an annual visit to Tunisia is up dramatically for the first time in years.

“Two thousand fourteen has definitely been a success. It is a great day,” he said, thanking security forces for protecting the event.

Visits to the island of Djerba, site of the synagogue, were canceled in 2011 after the revolution and in subsequent years there were only hundreds attending, down from a peak of 7,000 in 2000.

In 2002, al-Qaida terrorists set off a truck bomb near the synagogue, killing 21 people, mostly German tourists — and badly jolting the now-tiny Jewish community.

This year was the first time that Israelis have been allowed to use their passports rather than a special document issued by the Tunisian government, prompting an outcry among some politicians. Tunisia has no diplomatic relations with Israel.

Iris Cohen, who runs an Israel-based travel agency, said it was the first time she had worked on arrangements for the trip since the revolution.

“I thank the Tourism minister who made it easier for Israelis to come,” she said.

Jews have been living in Djerba since the end of Bayis Rishon. The Jewish population has shrunk to 1,500, down from 100,000 in the 1960s. Most left following the 1967 war between Israel and Arab countries, and the economic policies adopted by the government in the late 1960s also drove away many Jewish business owners.