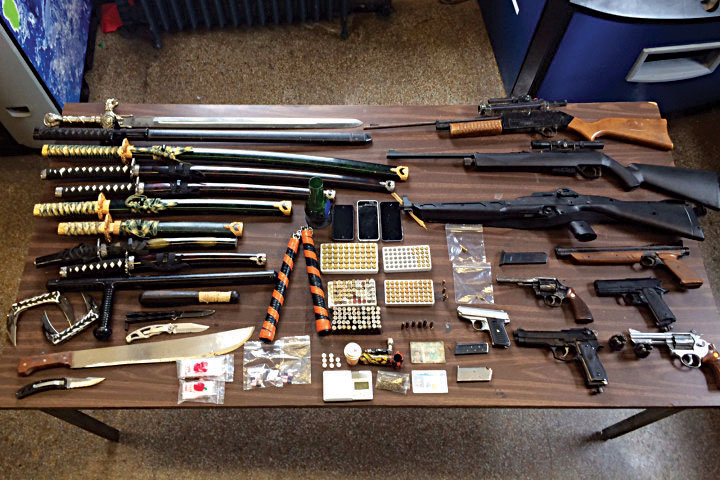 Police on Thursday discovered a huge arsenal of weapons inside an apartment on the edge of Boro Park.

Hundreds of rounds of ammunition, handguns, revolvers, a rifle and eight swords were found in the residence at 175 Dahill Rd., near Church Ave. Bashkim Sylmetaj, 36, Michael Symetaj, 42, Adem Sylmetaj, 38, and Zenaida Vaysberg, 32, all of whom lived in the apartment, were arrested on charges of criminal possession of a loaded weapon and criminal possession of a controlled substance.

“It was enough to arm a small army or militia,” a police source said. “These guys were ready for war.”