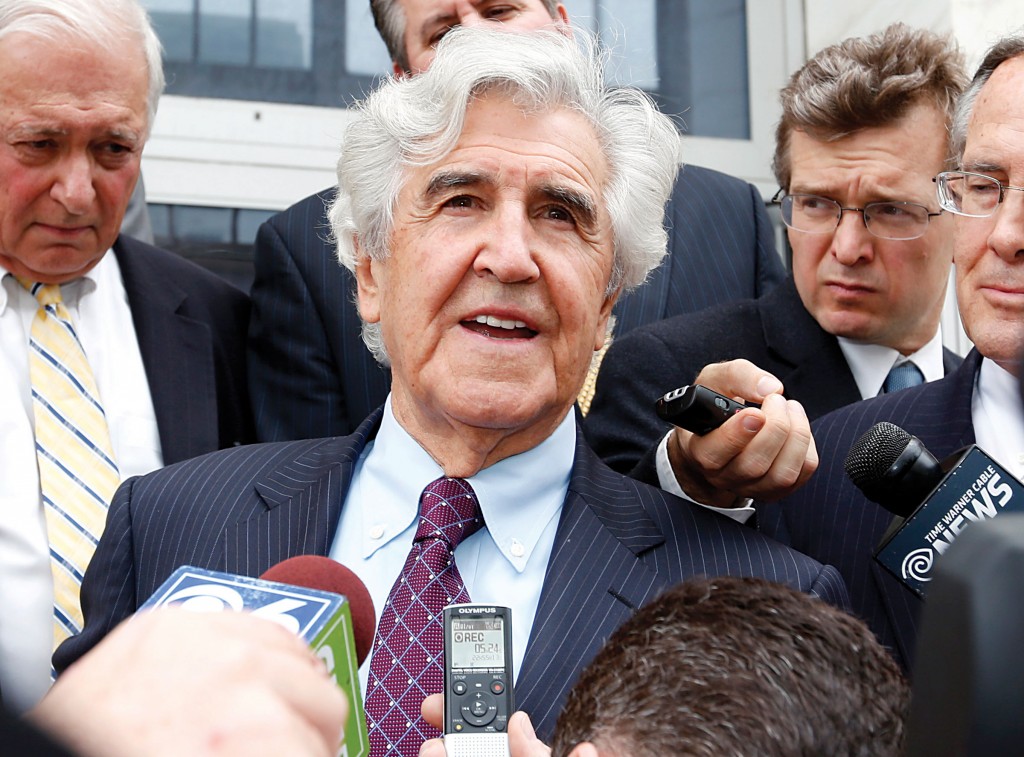 Retired Sen. Joe Bruno, 85, quietly thanked his lawyers, family and friends, who surrounded him with hugs and handshakes.

“I cannot describe to anybody what it feels like to have the government, the federal government, day and night on your mind, that their mission is to put you in prison,” Bruno said. “But the system works.”

The Republican led the Senate’s majority for 14 years before stepping down in 2008. He was first tried for fraud in 2009, but was acquitted of five charges and convicted of two, which were overturned on appeal. Prosecutors refiled those two charges, leading to the latest trial.