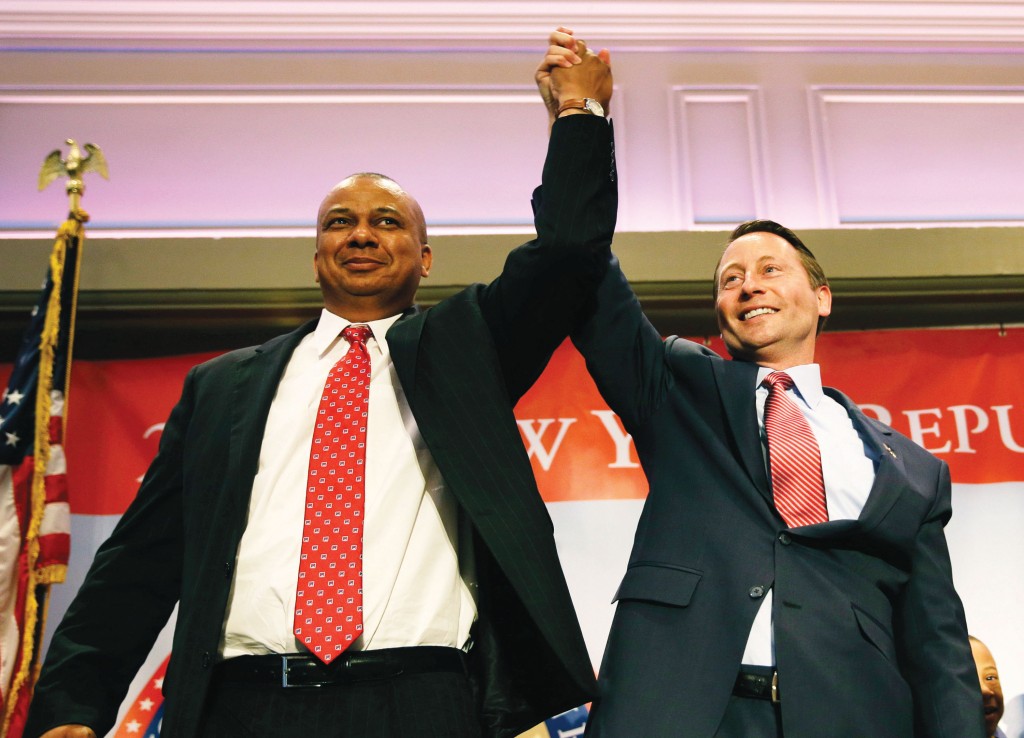 Freshly nominated by his party, Republican gubernatorial candidate Rob Astorino on Thursday promised an aggressive campaign against Gov. Andrew Cuomo and said he’s confident he can win over Democrats and independents frustrated with the slow pace of economic recovery.

“They’ve nearly ruined a once-great state,” Astorino said of Cuomo and other leaders he blamed for the state’s woes.“They’ve murdered innovation and chased away the dreamers.”

Before adjourning their convention in Astorino’s home county on Thursday, the state GOP endorsed Chemung County Sheriff Chris Moss for lieutenant governor. Neither man had any competition for the nominations.

GOP leaders have used the convention to highlight party unity. Republicans haven’t won statewide office in New York since 2002. In 2010, the candidate favored by party leaders, former Rep. Rick Lazio, was defeated in the primary by conservative Buffalo businessman Carl Paladino, who went on to lose a lopsided election to Cuomo.

The state’s minority party, which hasn’t won statewide office since 2002, is looking to repeat the 1994 campaign of former Republican Gov. George Pataki, who ousted Cuomo’s father, Mario, from the governor’s office, and went on to serve three terms.

Astorino also pointed to his own re-election last year in a heavily Democratic county as evidence that he can appeal to all kinds of voters in blue-state New York, and compete with Cuomo, who enjoys a fundraising advantage and is far ahead in the polls.

Democrats will endorse Cuomo for a second term at their nominating convention next week on Long Island. Cuomo has done little so far to publicly acknowledge Astorino’s candidacy, leaving it to his party to go on the offensive. On Thursday the party sought to blunt Astorino’s appeal to moderate voters, saying in a statement that he is too conservative for the state, and calling him the “hand-picked puppet of GOP boss Ed Cox.”