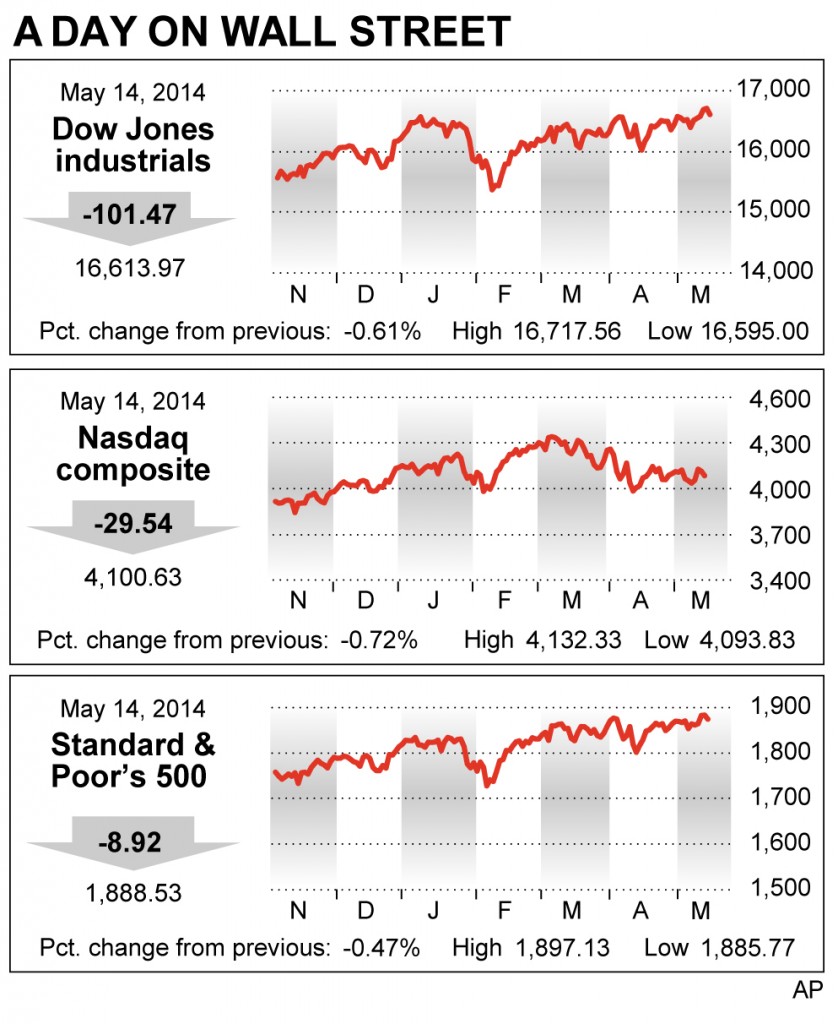 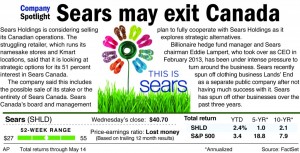 Stocks fell back from record levels on Wednesday as investors decided it was better to play it safe.

A day after the Standard & Poor’s 500 index climbed above 1,900 for the first time, investors turned their backs on stocks that would benefit more than others in a reviving economy. Consumer discretionary stocks, a group that includes luxury retailers and entertainment companies, dropped the most. Industrial and technology companies also fell, and riskier, small-company stocks resumed a sell-off after rebounding on Monday.

Instead, investors bought safe and steady stocks. Utility and telecom stocks, which investors favor when the markets get choppy, rose the most in the S&P 500. U.S. government bonds also rallied, pushing the yield on the 10-year Treasury note to its lowest in more than six months, another sign that investors were favoring safer assets.

“There’s some internal self-correction and rotation going on beneath the surface,” said Jim Russell, a regional investment director at US Bank. Russell said stocks were getting closer to being fairly valued.

The yield on the 10-year Treasury note, which falls when the price of the bond rises, dropped to the lowest it’s been since October. The yield declined to 2.54 percent from 2.61 percent late Tuesday.

“People are rotating out of equities and into bonds,” said Mark Pibl, U.S. fixed income strategists at Canaccord Genuity, a wealth manager, of Wednesday’s move in the bond market.

Bonds have surged this year because inflation remains low and investors have become concerned that the economy may not grow as quickly as previously anticipated. Barclays’ index of Treasury bonds maturing in 20 years or more has gained 10.6 percent, outperforming the 2.2 percent rise for the S&P 500 stock index.

In corporate news, Fossil, a maker of watches, jewelry and accessories, was the biggest decliner in the S&P 500.

Fossil fell $11.45, or 10.3 percent, to $100 after the company said late Tuesday that its first-quarter net income fell 8 percent, despite sales gains across all its business segments. The results beat market expectations, but the company gave a weak forecast.

Deere was another company to decline after reporting earnings.

The maker of farm equipment fell $1.91, or 2 percent, to $91.70 after the company reported a decline in second-quarter net income because of weaker demand for its products. The company also cut its full-year sales forecast.

Almost all of the companies in the S&P 500 have finished reporting their first-quarter earnings. Earnings rose 3.3 percent for the period, according to S&P Capital IQ. That compares with growth of almost 8 percent in the fourth quarter.