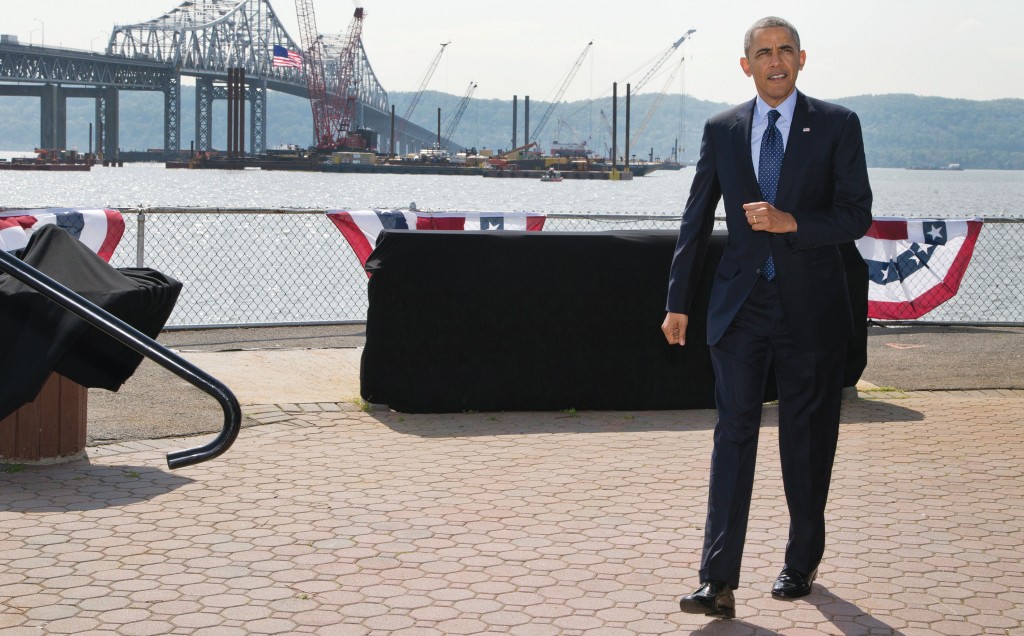 “We’ve got ports that aren’t ready for the next generation of cargo ships,” Obama said against a backdrop of cranes that are being used to replace the 58-year-old Tappan Zee. “We’ve got more than 100,000 bridges that are old enough to qualify for Medicare.”

Obama used the major Hudson River crossing point to illustrate a fast-track system he initiated that he said cut the permitting time from five years to 1½ years.

Republicans called Obama hypocritical since his administration has yet to decide the fate of a Canada-to-Texas oil pipeline.

“It’s a real challenge to listen to the president talk about reforming the permitting system when he’s been sitting on the permit for the country’s largest shovel-ready infrastructure program, the Keystone XL pipeline, for five years,” said Senate Minority Leader Mitch McConnell (R-Ky.).