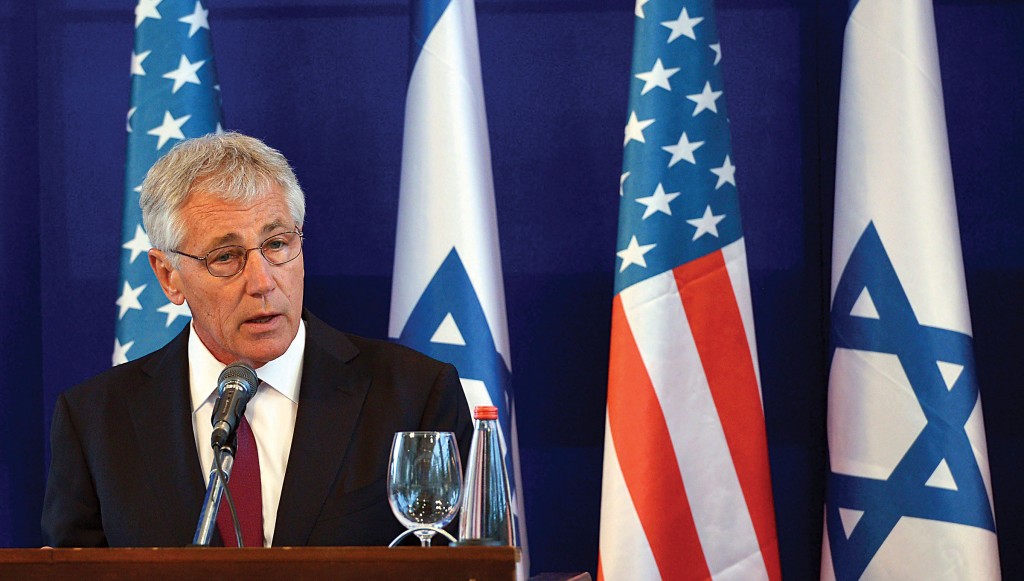 Secretary of Defense Chuck Hagel said on Thursday he was unaware of any truth to a media report that Israel has been spying on the United States.

Asked during a press conference in Tel Aviv about a Newsweek magazine story quoting unnamed U.S. officials as saying Israel was conducting major spying operations against the United States, Hagel said, “I have heard of that report. I’m not aware of any facts that would substantiate the report.”

Israeli officials had reacted furiously to the Newsweek story, with Foreign Minister Avigdor Lieberman calling it a “malicious calumny.”

The U.S. defense chief is on a three-day visit to Israel, where he was due to discuss a host of issues, from Iran to Syria to the failed Palestinian peace process.