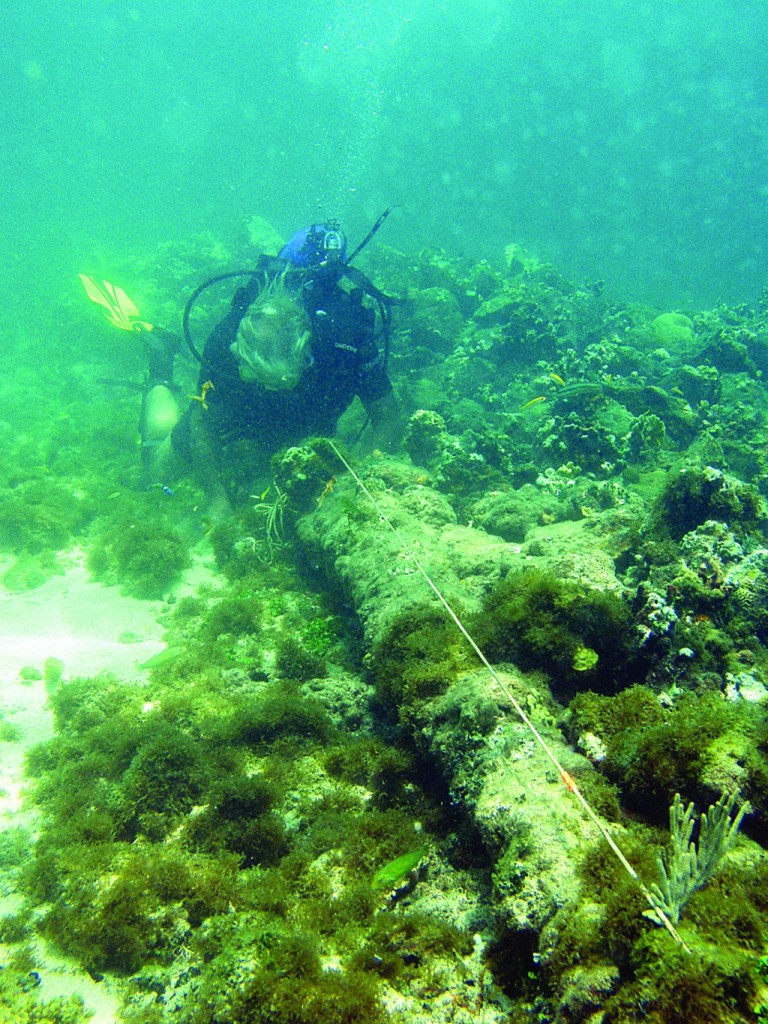 An explorer who believes he’s found the wreckage of Christopher Columbus’s flagship, the Santa Maria, off the coast of Haiti said Wednesday that the vessel has been looted and needs to be excavated immediately.

“I think this is an emergency situation,” explorer Barry Clifford said. “I think the ship needs to be excavated as quick as possible and then conserved and then displayed to the world.”

Clifford was at the Explorers Club in New York to show photos and video of what he said was a pile of ballast stones from the wreckage.

“I think the evidence is overwhelming that this ship is most probably the Santa Maria,” he said.

The Santa Maria ran aground in December of 1492, leaving the discoverer of America with the other two ships, the Nina and the Pinto.

If the wreckage Clifford has found is the Santa Maria, it would be the oldest known European shipwreck in the so-called New World. But scientists say it’s far too early to decide.

Clifford and his son, Brandon, first explored the shipwreck off northern Haiti in 2003 but did not believe they had found the Santa Maria until he re-read Columbus’ diary.