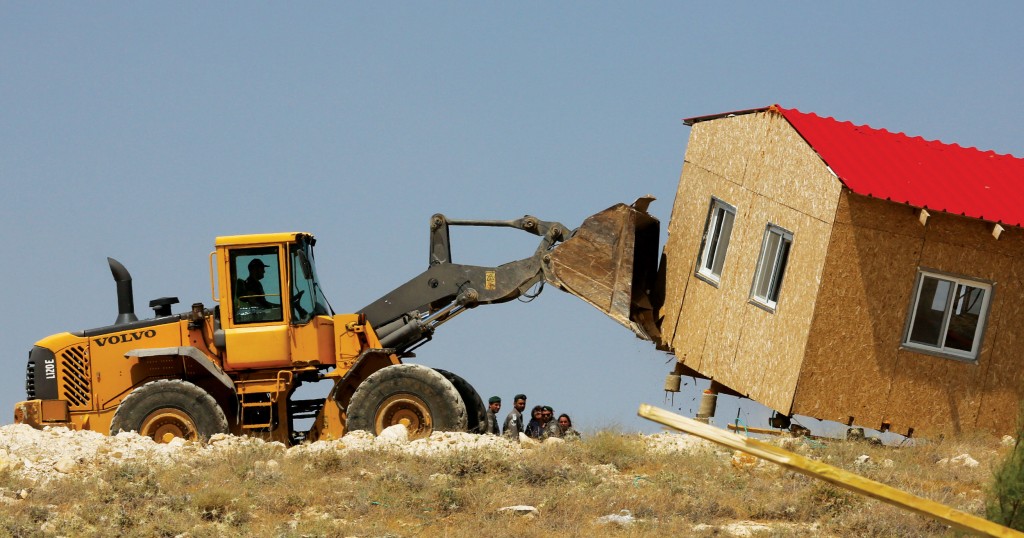 In the first of a series of demolitions ordered by the High Court, security forces tore down 11 structures in the outpost community of Maalei Rechavam in Gush Etzion on Wednesday.

The small community created in 2001 is located just outside Nokdim.

The IDF is also set to take down seven homes in the Givat Assaf outpost, outside Beit-El in the Binyamin region, and a number of structures in Ramat Gilad in the Shomron.

All structures designated for removal by May 18 are located on what the court deemed was private Palestinian property. Earlier, residents of the town submitted evidence of ownership over the land to the court, according to Arutz Sheva, but it was not accepted.

The soldiers had to clear away local resistance as well, including burning tires and protesters blocking roads. Police arrested five demonstrators.

Maaleh Rechavam spokesman Moshe Atalo said of the demolition, “This is a difficult sight. The forces are removing entire families from their homes and destroying their whole lives. Structures have disappeared as if they never existed. We will continue to build our homes here.”

At one point it seemed that the destruction might be stayed after all, when the security forces reportedly received an order from the High Court cancelling the demolition. But that was reversed within an hour by another order.

“Unfortunately, [following] the freeze on negotiations with the Palestinian Authority (PA) after they broke the Oslo Accords and signed a unity pact with Hamas, we have seen a strange unity of the [Israeli and PA] sides, whereby the state has a policy of systematically destroying homes in Yehudah and Shomron communities under development,” Ariel charged.