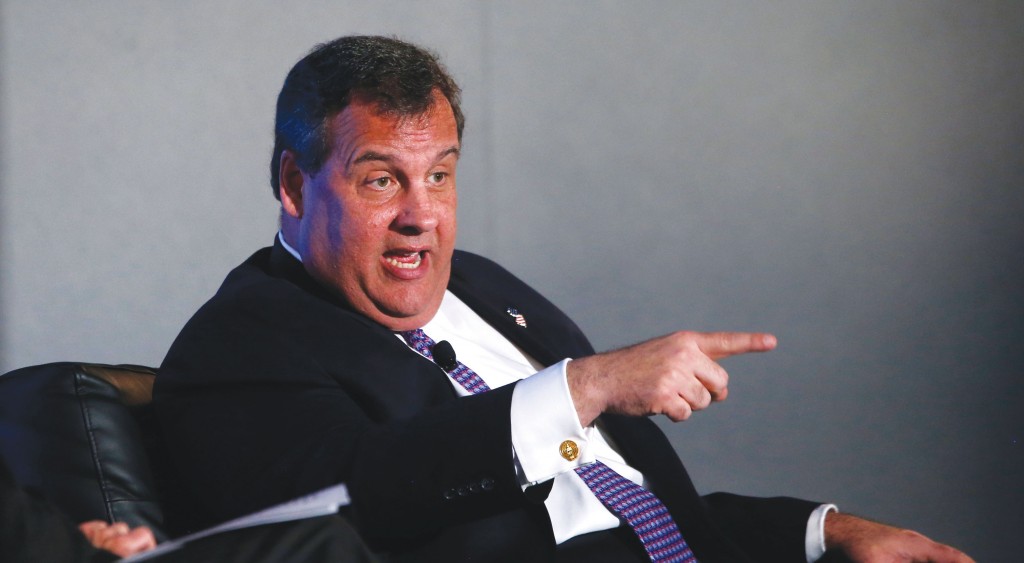 New Jersey Gov. Chris Christie said Wednesday that he is thinking about running for president and that by the time 2016 arrives the controversy over last year’s George Washington Bridge lane closures “will be a footnote.”

Christie told a conference in Washington that after months of investigation “there hasn’t been one suggestion that I knew anything about” orders from staff aides to close access lanes that caused traffic snarls in Fort Lee.

When asked by CBS’s Bob Schieffer if he’s thinking of running for president and when he’ll make a decision, Christie said: “Yes, and later.”

“As far as the impact on my political future, I think it will have none because I didn’t do anything,” Christie said.

“I’m not the first chief executive who had someone on their staff do something they didn’t know something about,” Christie said. “I don’t think that would hurt anybody’s career and it’s not going to hurt mine.”

Christie also said that he’s very good friends with former Florida Gov. Jeb Bush but that won’t be a factor in deciding whether to run.

Christie spoke confidently and comfortably at a “fiscal summit” hosted by the Peter G. Peterson Foundation, which was created to increase public awareness of the dangers of budget deficits and rising national debt.

Christie said he’ll announce a plan next week on what to do about New Jersey’s unexpected $800 million budget shortfall. Tax increases are off the table, he said.