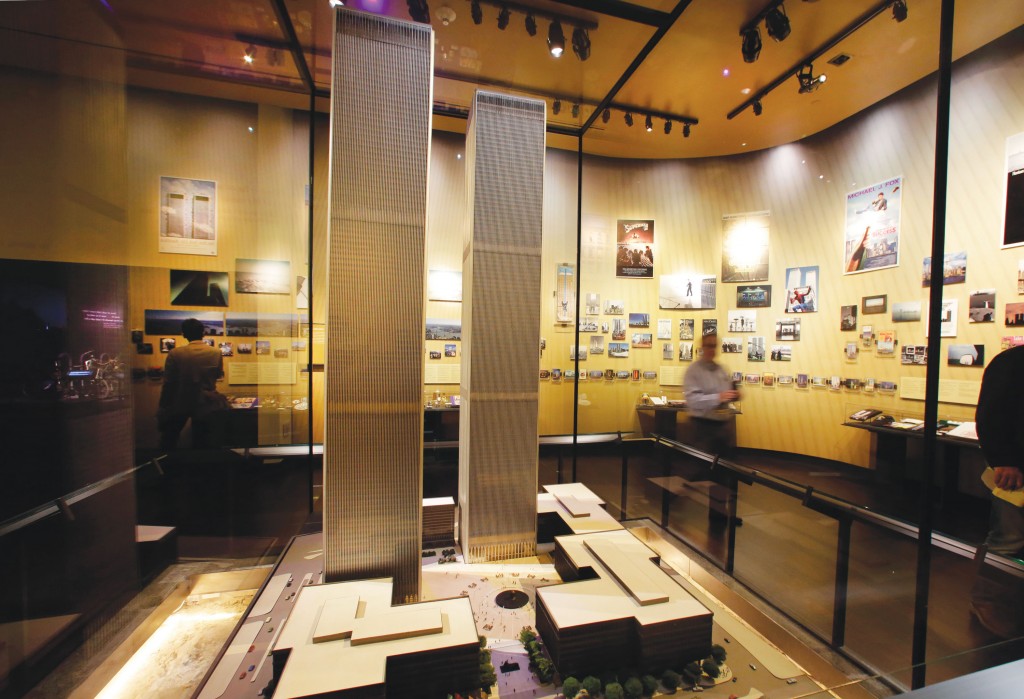 The museum devoted to the story of Sept. 11 tells it in victims’ last voicemails, in photos of people falling from the twin towers, in the scream of sirens, in the dust-covered shoes of those who fled the skyscrapers’ collapse, in the wristwatch of one of the airline passengers who confronted the hijackers.

By turns chilling and heartbreaking, a place of both deathly silence and distressing sounds, the National September 11 Memorial Museum opens this week deep beneath ground zero, 12 ½ years after the terrorist attacks.

The project was marked by construction problems, financial squabbles and disputes over the appropriate way to honor the nearly 3,000 people killed in New York, Washington and the Pennsylvania countryside.

Whatever the challenges in conceiving it, “you won’t walk out of this museum without a feeling that you understand humanity in a deeper way. And for a museum, if we can achieve that objective, we’ve done our job,” museum President Joe Daniels said.

The privately operated museum — built along with the memorial plaza above for $700 million in private donations and tax dollars — will be dedicated Thursday with a visit from President Barack Obama and will be open initially to victims’ families, survivors and first responders. It will open to the public May 21.

Charles G. Wolf, who lost his wife, Katherine, planned to be at the ceremonial opening.

“I’m looking forward to tomorrow, and I’m dreading tomorrow,” he said Wednesday. “It brings everything up.”

Visitors start in an airy pavilion where the rusted tops of two of the World Trade Center’s trident-shaped columns shoot upward. From there, stairs and ramps lead visitors on an unsettling journey into 9/11.

First, a dark corridor is filled with the voices of people remembering the day. Then visitors find themselves looking over a cavernous space, 70 feet below ground, at the last steel column removed during the ground zero cleanup — a totem covered with the numbers of police precincts and firehouses and other messages.

Descend farther — past the battered “survivors’ staircase” that hundreds used to escape the burning towers — and there are such artifacts as a mangled piece of the antenna from atop the tower and a fire truck with its cab shorn off.

And then, through a revolving door, visitors are plunged into the chaos of Sept. 11: fragments of planes, a teddy bear left at the impromptu memorials that arose after the attacks, the sounds of emergency radio transmissions and office workers calling loved ones.

“We wanted a very gradual, quiet descent, for that connection to actually emerge,” said Carl Krebs, an architect on the project.

“I’m still processing” the impact of seeing the museum, said Anthony Garner, who lost his brother Harvey on 9/11 and visited on Wednesday. He said it will show visitors “that they’re in a very sacred place and a very historic place.”