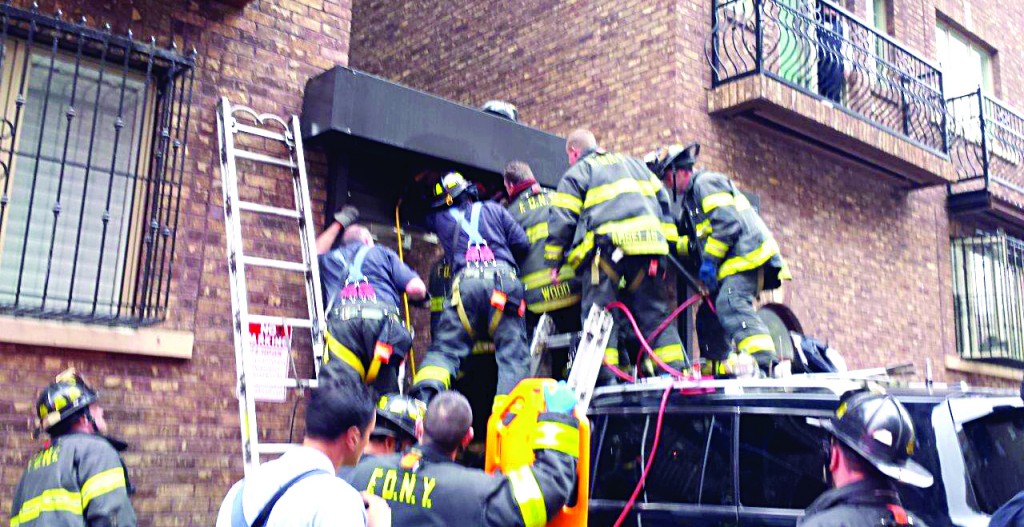 A young boy who got caught in a roll-up gate of a Williamsburg storefront late Thursday afternoon was released from the hospital following a quick examination.

The 7-year-old Jewish child was playing with the gate on Skillman Street together with several friends, when one of them accidentally pushed a button, causing the gate to begin rolling up.

The boy began screaming as the gate began its steady ascent, too frightened to leave go. His head and one arm got stuck in the metal, which stopped inches in time.

A group of yungeleit made a human ladder to attempt to free the boy. Firefighters used tools and an air bag to stretch the metal in a rescue operation that took about 15 horrifying minutes.

The boy was finally released and taken by Hatzolah to Bellevue Hospital with minor injuries. He was sent home several hours later.