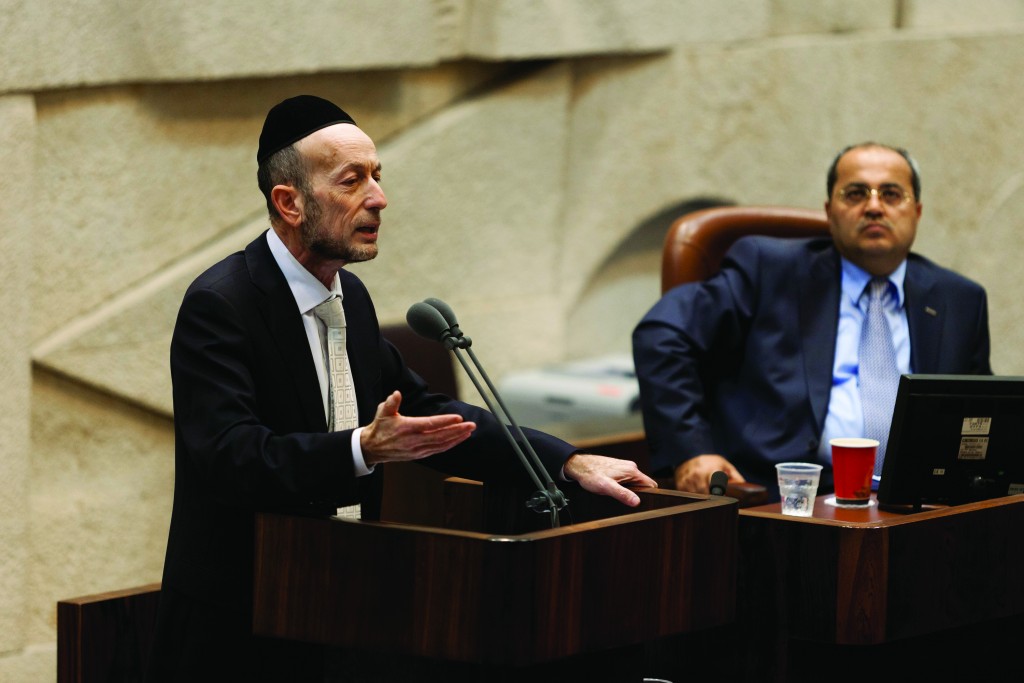 United Torah Judaism MK Uri Maklev on Monday charged that the exclusion of chareidi representatives from the government coalition and key committee positions has resulted in the worrying lack of preparation for the annual Lag BaOmer gathering at Meron.

In the past, said Maklev, chareidi MKs heading the Interior, Finance and other committees conducted planning sessions well in advance of the event. “But this year, because chareidim have been kept out of key positions, the government did not see fit to raise the issue. But without consulting community leaders who are familiar with the problems in the field and the real problems, it is impossible to make the necessary decisions,” he said.

With Lag BaOmer less than a week away, police officials were beginning to respond to protests from chareidi leaders that the banning of private buses from immediate access to the site at Meron would not solve the traffic problem, and might in fact make it worse, or discourage people from arriving at all.

On Sunday, Minister of Public Security Yitzchak Arahonovitch toured the area with UTJ MK Menachem Eliezer Mozes, who urged a more realistic solution. At a meeting in the Meron regional council, police officials presented their plans for traffic, lighting, safety and security in detail before rabbinical and communal leaders.

For the first time, the police showed a degree of flexibility, saying that — traffic conditions permitting during the event — they might decide to permit private buses to arrive at the site itself instead of a more distant location, as currently planned. However, no commitment was given.