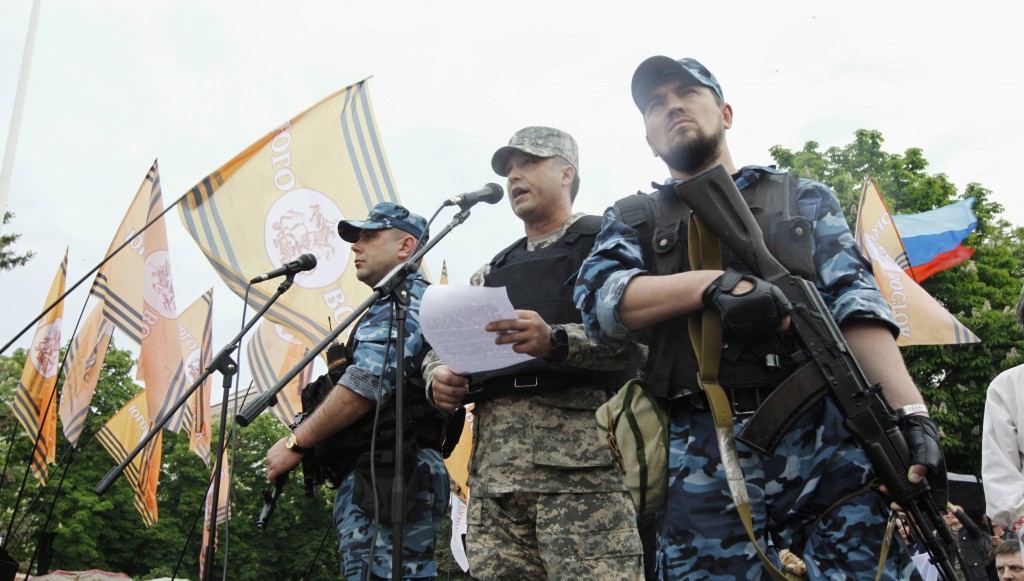 Russia signaled it has no intention of subsuming eastern Ukraine the way it annexed
Crimea in March. Instead, Moscow is pushing to include eastern regions in negotiations on Ukraine’s future — suggesting that Russia prefers a political rather than a military solution to its worst standoff with the West since the Cold War.

Such talks are central to a potential path toward peace outlined Monday by the Organization for Security and Cooperation in Europe. The plan laid out by Swiss President Didier Burkhalter calls on all sides to refrain from violence and urges immediate amnesty, talks on decentralization and the status of the Russian language. That’s a key complaint of insurgents who have seized power in eastern regions and clashed with government troops and police.

But it’s up to the Ukrainian government to take the next step.

Acting Prime Minister Arseniy Yatsenyuk pledged to hold a dialogue with Ukraine’s east. But he gave no specifics and stopped short of addressing Sunday’s referendum and the declarations of independence in the pro-Moscow regions of Donetsk and Luhansk.

“We would like to launch the broad national dialogue with the east, center, the west, and all of Ukraine,” Yatsenyuk told a news conference in Brussels, adding that the agenda for talks should include changes to the constitution that would give more powers to the regions.

With national presidential elections scheduled for May 25, the regions of Donetsk and Luhansk declared independence Monday, and those in Donetsk even asked to join enormous neighbor Russia instead. The sprawling areas along Russia’s border, home to about 6.6 million people, form Ukraine’s industrial heartland.

White House spokesman Jay Carney says the United States does not recognize the results of the vote, and is focusing on making sure Ukraine’s presidential election takes place as planned in 13 days.

But that is starting to look in doubt: Luhansk spokesman Vasily Nikitin said his region will not take part.

The U.S. and the EU, which have slapped travel bans and asset freezes on members of Putin’s entourage after Russia’s annexation of Crimea, have warned they could target entire sectors of the Russian economy if Moscow tries to derail the May 25 vote.