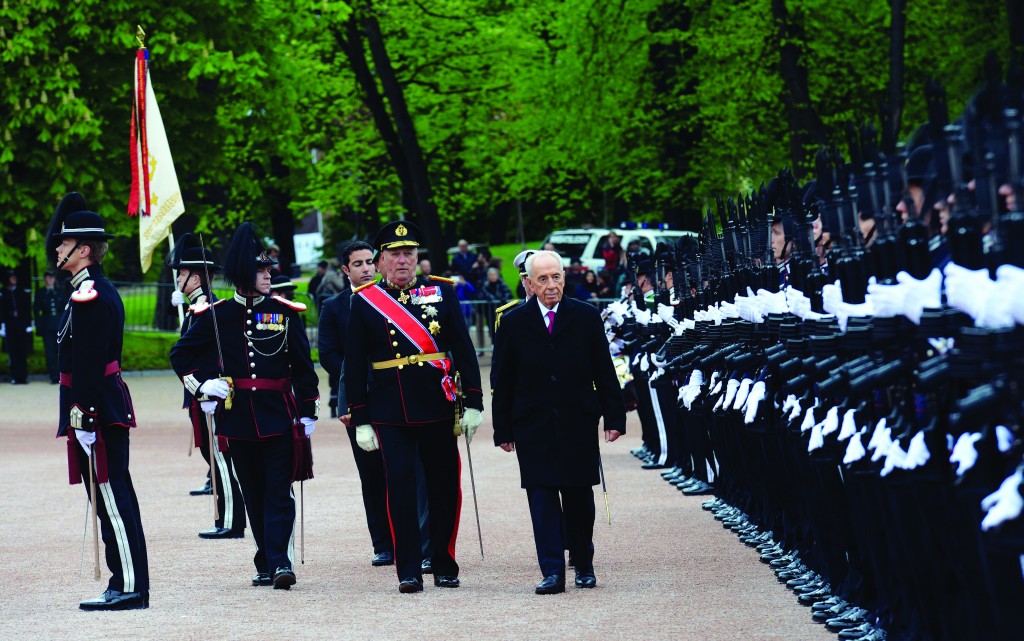 Rumors that Israeli Prime Minister Binyamin Netanyahu is seeking to disestablish the office of president has touched off an uproar that was joined publicly by outgoing president Shimon Peres on Monday.

Peres said that “at this time, I think we should fulfill the constitution and the law as it is written and on time.”

Speaking during a press conference in the Royal Palace in Oslo, Peres added that “usually, in democracies, there is a president and a prime minister.”

That remark hinted at much stronger words, uttered in
private conversation. Peres told confidantes that Netanyahu’s plan to downsize or do away with the presidency is “an attempt to establish a dictatorship here” and that the premier “won’t be satisfied until there is an absolute ruler [in the Prime MinisterOffice],” The Jerusalem Post reported.

Netanyahu is reportedly focused on the otherwise ceremonial position’s one significant power — that of formally assigning the head of the largest political faction the task of forming a governing coalition, based on recommendations from the various party leaders.

While Netanyahu continues to be heavily favored in the polls to win the next election, his coalition-making task could well be thwarted by opposition parties, especially the chareidim he has alienated, who would recommend another candidate to the president. In order to head off such an eventuality, Netanyahu would like to see a system in place whereby the list with the most popular votes — presumably Likud — automatically gets appointed to lead the government.

He has argued that the change would fulfill the demand contained in the constitutions of both Tzipi Livni’s Movement party and Yair Lapid’s Yesh Atid, that the head of the largest Knesset faction automatically be tasked with assembling a government following general elections.

Livni and Foreign Minister Avigdor Lieberman are said to be in favor of it, and now it’s a matter of getting the backing of Lapid and Economy Minister Naftali Bennett.

But opposition to any such change in the presidency has been vigorously expressed in recent days. Last Friday, Interior Minister Gideon Saar, an influential Likud leader, came out against the idea.

“I will oppose any attempt, if there will be one, to push off the date of the presidential election or cancel the presidency on the eve of the vote,” he stated.

MK Haim Katz, another powerful Likud member, also took a stand against it.

“My friends in the Likud and I will not give a hand to attempts to change a Basic Law for personal reasons,” Katz stated, referring to Netanyahu’s ongoing feud with former Knesset speaker Reuven Rilvin, the candidate Katz supports.

“MK Reuven Rilvin is the most appropriate and best candidate for the Likud and we all support him as president,” Katz said.

Netanyahu has yet to announce support for any of the presidential candidates.

Earlier last week, Knesset speaker Yuli Edelstein told Yisrael Hayom that he has no position on whether or not the presidency should be canceled, but he opposes the change being made so soon before a new president is set to be elected, in June.

On Monday, Yisrael Beiteinu declared it would support a delay of presidential elections for six months, providing it was based on Lieberman’s proposal to change Israel’s government to a presidential system.

Any change to the presidential election procedure requires a vote to amend Basic Law: President of the State before the end of the Knesset’s summer session.