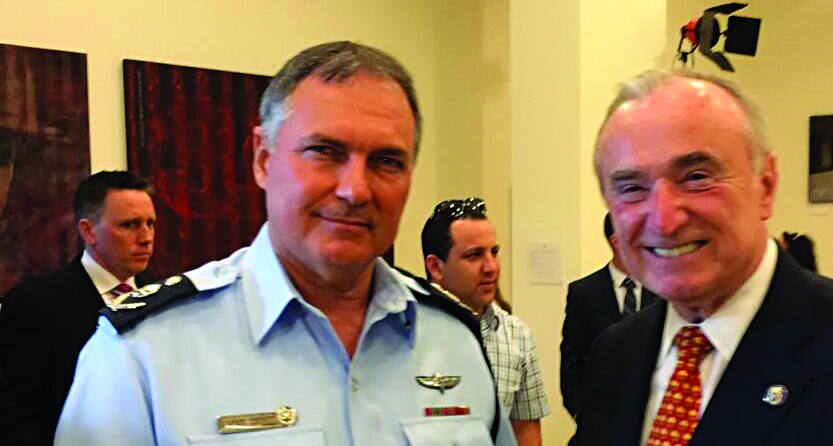 New York Police Commissioner William Bratton announced Friday that he is headed to Israel to be a keynote speaker at a conference on crime.

NYPD counterterrorism official John Miller will join him on the trip, where they will meet with high-ranking officials in law enforcement and intelligence.

“I’m looking forward to the trip and increasing relationships that right now are largely not personal,” Bratton said, noting that communication has previously been limited to the telephone.

Bratton left on Friday evening and is scheduled to return on Wednesday.

A previously scheduled trip to Jordan afterward was cancelled due to the arrival of President Barack Obama in New York for the unveiling of the 9/11 memorial on Thursday.

Bratton made the announcement as he and Mayor Bill de Blasio honored the 13 members of the police force who died in 2013. Twelve of them became ill during cleanup work at the World Trade Center site following the terror attacks of Sept. 11, 2001.

A traffic enforcement agent who was killed by a truck in November was also honored.