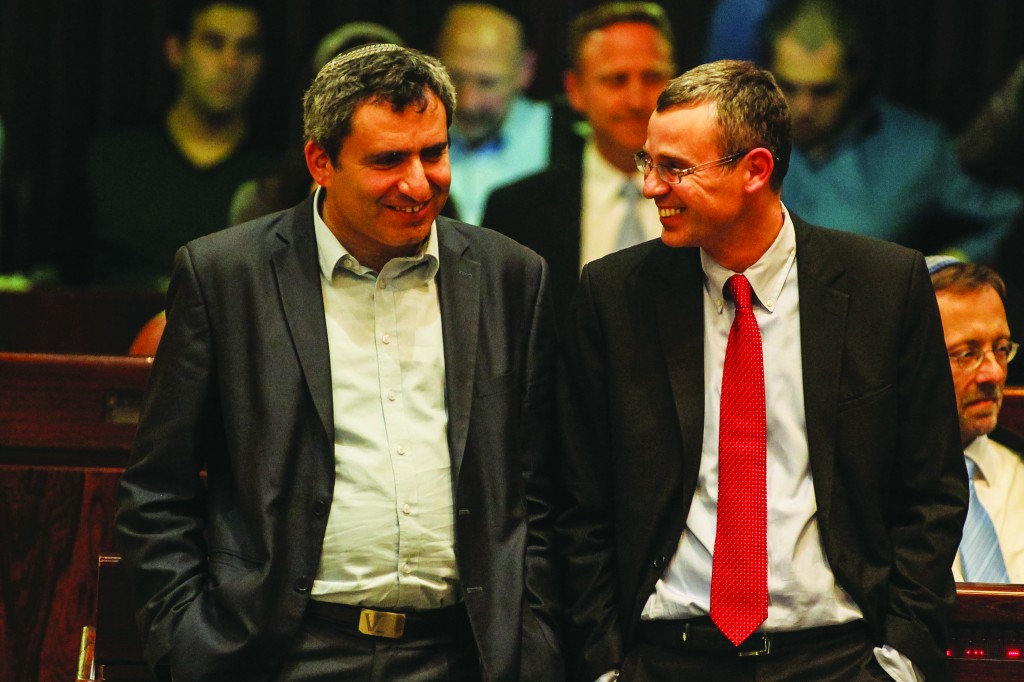 Prime Minister Binyamin Netanyahu and Finance Minister Yair Lapid finally reached an agreement on Monday on filling the chairmanship of the Knesset Foreign Affairs and Defense Committee, which has been vacant for over six months due to their dispute in the matter.

In return, Yesh Atid MK Ofer Shelah, who was Lapid’s choice for the coveted chairmanship, will be made a deputy minister, although sources close to Shelah said Monday that he would refuse the appointment.

The position, previously filled by Avigdor Lieberman, remained empty after he retook the office of foreign minister following his acquittal on corruption charges in November.

The compromise must still be approved by the House Committee.

Levin will continue to serve as coalition chairman until November, while also chairing the Knesset House Committee.