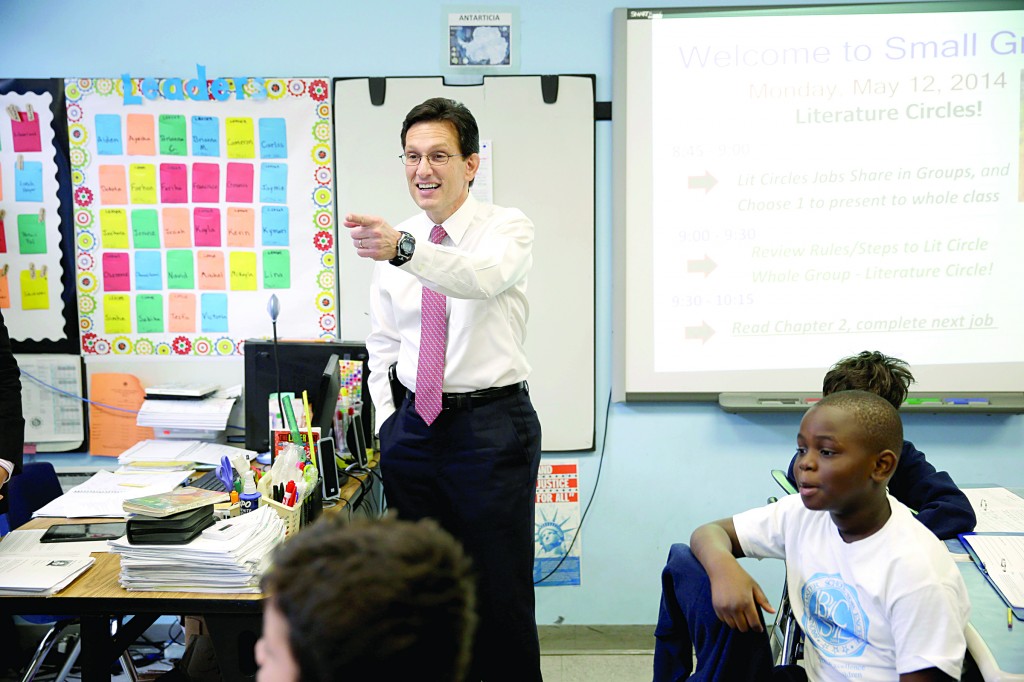 House Majority Leader Eric Cantor visited a Bronx charter school Monday to champion what he called the success of such an educational model.

The morning visit by Cantor, a Virginia Republican, to the Bronx Charter School for Excellence was devoted to animated discussions with children, parents and educators. They shared how their school of about 380 students became one of three charter schools in New York state to win a National Blue Ribbon Schools Award from the U.S. Department of Education.

“What’s the secret sauce?” asked Cantor, who has made expansion of school choices a legislative priority.

Answered Principal Charlene Reid, “It’s very goal-driven.” She
said she and teachers use data to analyze how students are doing, and then she and the school board make changes as needed.

“You know how I can tell it works? There are so many smiles on a Monday morning,” Cantor told a third-grade class.

Cantor has toured about a dozen charter schools across the nation, and he supported a $1.5 billion bill passed by the House last week to boost and expand the schools, which are publicly funded but may be privately run. The bill is pending in the Senate.

He asked the children what makes their charter school experience different from classes in traditional public schools in New York, the largest public system in the country, with 1.1 million schoolchildren.

Some said teachers were more accessible and offered extra help, and that bullying gets stopped. One boy said he had slept a lot in his previous public school classes.

Cantor was at the school just days after saying Democratic Mayor Bill de Blasio was waging a “war on kids”: barring three charters from sharing space with traditional public schools.

Cantor summed up the day by paraphrasing the words of Gioli Gomez, 9, who told him earlier, “If kids have a better education, they’ll have a better future.”