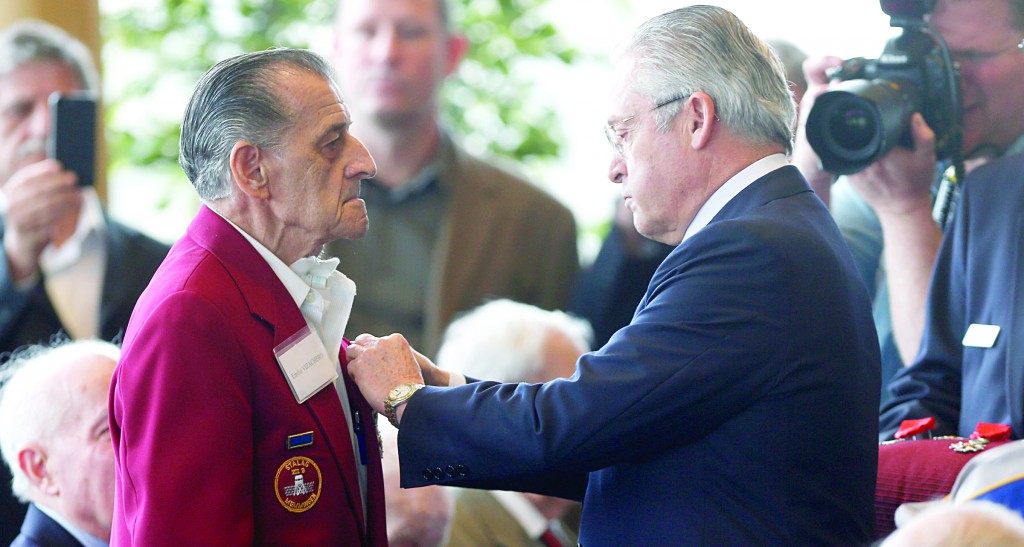 Almost 70 years after Joseph Federico was wounded and captured in the hedgerows of France, he was personally thanked Friday by that country’s government during a heartfelt ceremony at the U.S. Military Academy.

The 88-year-old Belvidere, New Jersey, resident was among 34 World War II veterans decorated as knights of France’s Legion of Honor in a ceremony leading up to the 70th D-Day anniversary on June 6.

“I’m just lucky that I’m here to get this, you know, because it was awfully tough for all of us,” said Federico, who spent two months recovering from a shrapnel wound. “I lost good friends from my company, and it was terrible.”

Consul General of France Bertrand Lortholary said it was important to show their gratitude at West Point in front of the cadets who will make up the next generation of U.S. officers.

“Seventy years have passed since then, and yet the memory of the sacrifice of American soldiers remains more vivid than ever in the villages of France — in Normandy, in Provence, in the Ardennes, whose cemeteries bear witness to war’s cost in life,” Lortholary said. “I want to tell you that your example gives us inspiration for the future.”