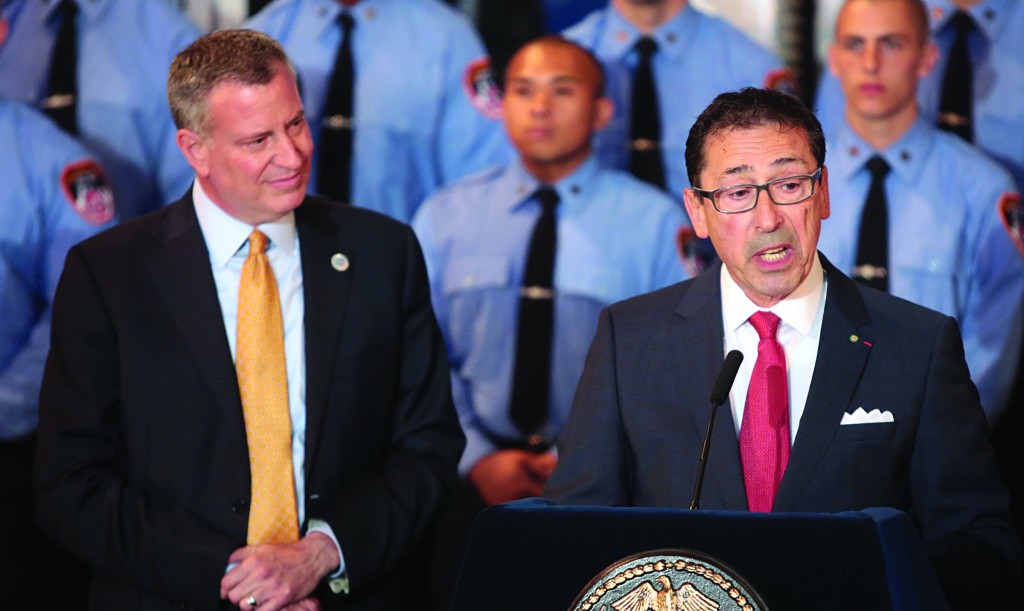 Daniel Nigro was named chief of department, the highest-ranking uniformed position in the FDNY, after the 2001 attacks when the previous chief of the department, Peter Ganci, died in the World Trade Center collapse.

The terror attacks killed 343 firefighters, and hundreds more retired in the months that followed, forcing the nation’s largest fire department to rebuild its ranks even as it revamped its training protocols to prepare to respond to future terror incidents.

While a fire chief, Nigro oversaw the 1996 merger between the FDNY, which has about 10,000 uniformed firefighters, and the city’s ambulance services. One of the officials said this experience was part of de Blasio’s reasoning in naming him, since the number of medical emergencies the FDNY responds to each year has been increasing even as the number of serious fires has steadily declined.

Nigro, who retired in 2002, will replace Salvatore Cassano, a highly decorated career fire officer who had served as FDNY commissioner since 2010. Cassano, like Nigro, was at the World Trade Center in the moments after the hijacked planes struck and had to scramble for safety when the twin towers collapsed.

De Blasio and Nigro vowed to work on diversifying the FDNY, which is nearly 90 percent white.