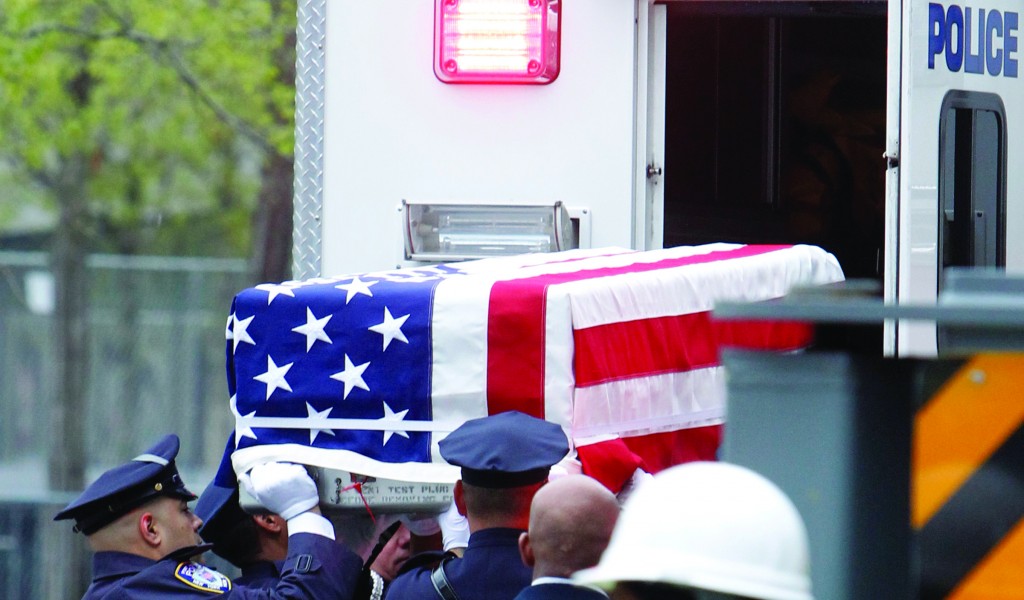 The unidentified remains of those killed on Sept. 11 returned to the World Trade Center site in a solemn procession on a foggy Saturday morning, arriving back to the terror attack site 13 years after the day that will live in infamy.

The remains left the Office of the Chief Medical Examiner on Manhattan’s East Side shortly before 7 a.m. in three city vehicles. They were accompanied by police and fire department vehicles with lights flashing but no sirens.

Construction workers paused as the motorcade passed, and about 10 firefighters stood in the cool breeze saluting the vehicles as they arrived. The remains will be transferred to a repository 70 feet underground in the same building as the National September 11 Memorial Museum.

Like many decisions involving the site of the nation’s worst terrorist attack, the disposition of the unidentified remains has been contentious.

A group of victims’ family members who say the remains should be stored in an above-ground monument separate from the museum protested the procession. About a dozen wore black bands over their mouths at the site Saturday.

Other family members support the plans, which have been in the works for years. Lisa Vukaj, who lost her 26-year-old brother, said the new home is “a fitting place until technology advances” and new techniques can identify their loved ones.

Uniformed officers from the police and fire departments, as well as Port Authority police, carried the three caskets into the repository.

The facility will be available for family visits but will be overseen by the medical examiner. Officials hope that improvements in technology will eventually lead to the identification of the 7,930 fragmentary remains.