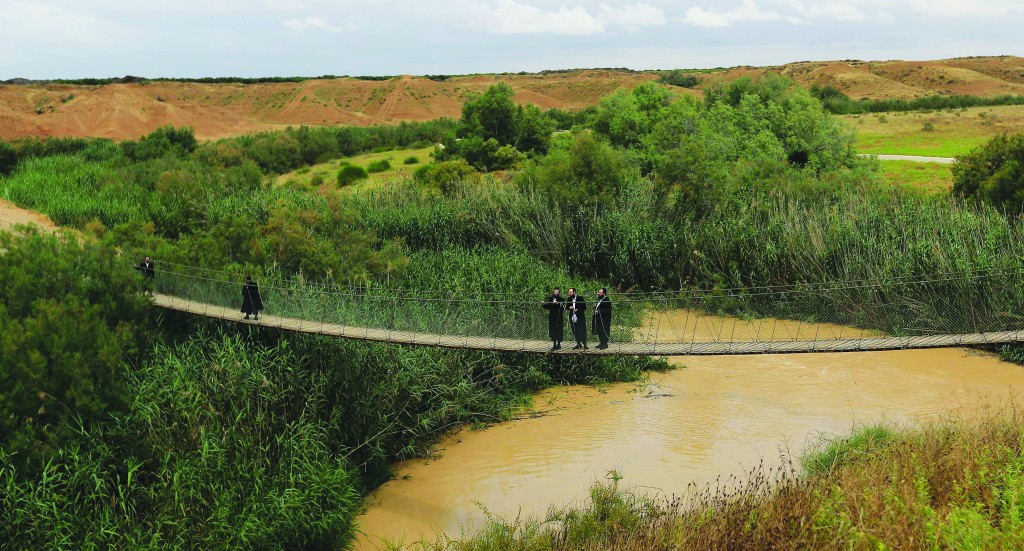 Israeli rescue services evacuated dozens of American tourists who were stranded overnight in a parking lot in the Negev desert due to heavy rains — which are very rare this time of year — on Wednesday night and Thursday.

Police spokesman Micky Rosenfeld said that about 70 tourists from the United States had been stranded there since Wednesday night, when the rain began. Rescuers evacuated the tourists with helicopters and jeeps Thursday morning. Nobody was injured in the incident, Rosenfeld said.

He said the tourists were on a field trip near Hulit when heavy rains prevented them from continuing the journey.

Also on Thursday, police were working to rescue about 200 students stranded in the area west of Masada due to heavy rains and flooding.

The downpour came after a week of sunshine and high temperatures. By midday Thursday, the rains largely had subsided.

Although rain in May is not unusual, when it comes, it tends to occur only locally and involve no more than a few millimeters [fractions of an inch] of rain, Dr. Amos Porat, director of the IMS Climate Department, told The Jerusalem Post on Thursday.

But this was more like a downpour nationwide. The IMS called the precipitation “exceptional with large amounts,” bringing one to two inches of rainfall or more in some areas.

“The rainfall and thunderstorms we have experienced are a result of a very unstable atmosphere caused by warm air at low levels of the atmosphere accompanied by an upper air trough with cold air,” Porat said. “We received a lot a humidity and cloudiness from the tropical areas of Africa.”

For Friday, the IMS forecasted partly cloudy and slightly warmer conditions, with isolated showers expected in the north until the afternoon.