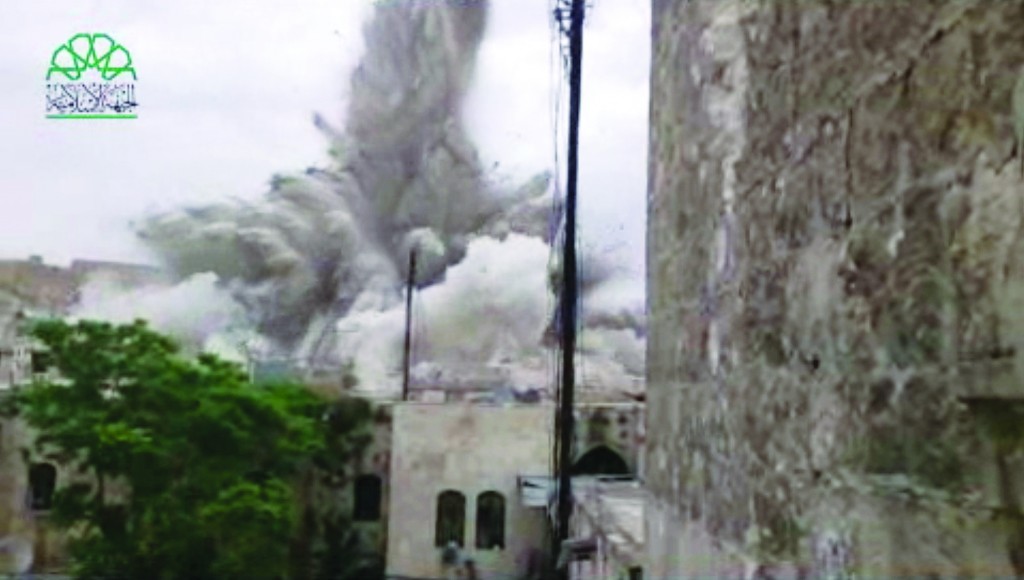 Syrian rebels detonated a huge bomb underneath an Aleppo hotel used by President Bashar al-Assad’s forces on Thursday, destroying it and damaging other buildings on the edge of the city’s medieval citadel.

The rebel Islamic Front, which claimed responsibility for the explosion, published video footage which showed a huge column of debris and dust erupting into the Aleppo skyline.

It said 50 soldiers were killed in the blast but did not say how it arrived at that death toll.

The Syrian Observatory for Human Rights, which monitors the violence through a network of security and medical sources and activists across Syria, said at least 14 members of the security forces were killed.

It said Islamist fighters had placed explosives in a tunnel underneath the Carlton Hotel, which it said was used by Assad’s forces as a military base in the government-controlled area of the city.

Thursday’s explosion appeared similar in execution to a blast on Tuesday outside the town of Ma’arat al-Nu’man in the northwestern province of Idlib, where rebels buried explosives in a tunnel under a checkpoint, killing 30 government fighters.

Syria’s state media reported the hotel had been completely destroyed and nearby buildings damaged in an area it said was rich with antiquities, but gave no details of casualties.