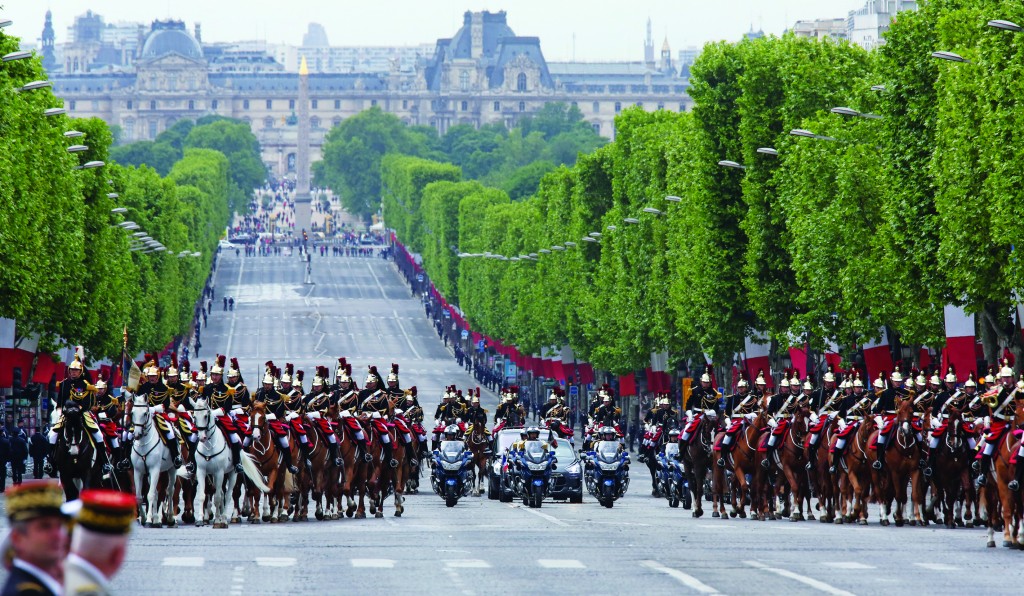 Complicating the West’s efforts to isolate Russia, the Kremlin announced Thursday that Vladimir Putin will join President Barack Obama and European leaders in France next month for a ceremony marking the 70th anniversary of the D-Day invasion that hastened the end of World War II.

The June 6 commemoration would mark the first time Putin and Western leaders have come face-to-face since the outbreak of the crisis in Ukraine. The U.S. and Europe have condemned Russia’s provocations, ordering sanctions on Putin’s inner circle and cutting Russia’s ties to some international organizations.

Still, leaders from Germany and France publicly welcomed Putin’s decision to attend the observance at Normandy, raising questions about the effectiveness of recent efforts to ostracize the Russian president over Ukraine. And while the White House said Obama would not meet one-on-one with Putin, U.S. officials did not appear to be seeking to stop him from attending.

“We would not expect France to dis-invite Russia from this historic event commemorating World War II because of what’s taking place in Ukraine,” White House spokeswoman Caitlin Hayden said. “The events in Normandy on June 6 are focused on remembering the sacrifices of all our World War II veterans.” Millions of Russian lives were lost in the war against Nazi Germany.

Yet Putin’s presence is sure to intrude on, if not overshadow, the commemorations of the Normandy landings by allied forces. Even without a formal meeting between Putin and Western leaders, there will be heightened interest in their interactions, particularly between Obama and Putin, who have a history of tense public encounters.

International gatherings like the D-Day anniversary are often occasions where world leaders find themselves in the presence of their foes. Obama shook hands with Venezuelan President Hugo Chavez at a regional summit in 2009. He also exchanged a handshake and brief pleasantries with Cuban leader Raul Castro last year while both attended a memorial service in South Africa for Nelson Mandela.

French officials began inviting world leaders to Normandy months ago, well before Russia annexed the Crimean Peninsula from Ukraine and positioned 40,000 troops on Ukraine’s border with the former Soviet republic. The guest list also includes Britain’s Queen Elizabeth II, the leaders of other European countries on both sides of World War II, and the heads of former African colonies whose soldiers took part in the war.