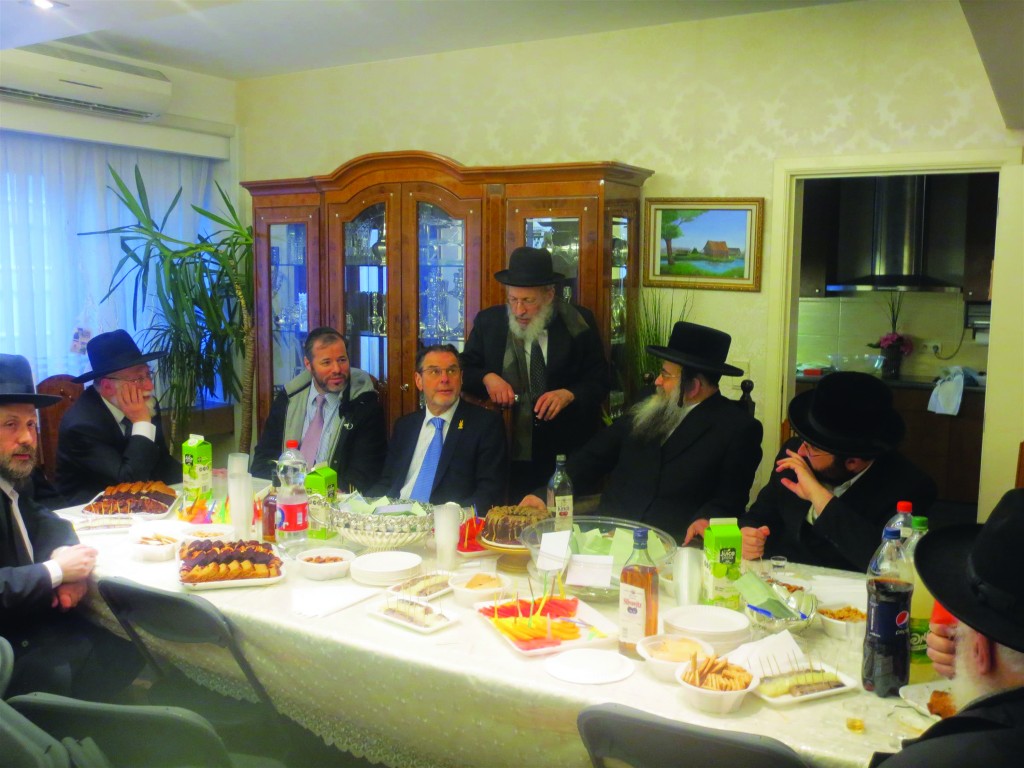 The news was not very surprising because over the past few years, the Belgian Education Ministry began taking steps to equate the curriculums in all the schools so that the chareidi and private schools would have to teach the same content as state schools.

The Jewish community made every effort to annul the directive that could pose existential threat to the chareidi school system. The heads of the community, which for decades have built extensive ties with senior government officials, did everything they could to ward off this decree. An appeal was filed with the high court asking that the Jewish community be able to maintain the current arrangement of pedagogic independence. The community leaders claimed in a hearing two weeks ago that the chareidi system has proven that its students achieve excellent grades in all areas, both in academics and loyalty to the state, and that some of the curriculum, such as mathematics, languages and other subjects are taught in most schools.

But their appeal was rejected. In a ruling that covers 64 pages, the judge of the Brussels High Court wrote that all private schools are obligated to adopt the curriculum taught in the state system. The decision reached the Jewish community by mail yesterday, and included translations into French, Flemish and German, as per Belgian regulations.

The decision deeply disappointed the chareidi community, whose leaders gathered for an urgent meeting at the home of the Mara d’Asra, Harav Aharon Schiff, shlita. The meeting was attended by school principals and representatives of all the kehillos. They agreed to raise the necessary sum to pay for the legal fees, which amounted to more than 100,000 euros.

Despite the shock and disappointment, the leaders see room for optimism. Reb Pinchas Kornfeld, the veteran secretary of the Jewish community, told Hamodia that, first and foremost, the court ruling has aroused the public to daven and to have bitachon. If there were those who had relied on one government figure or another, they now realize that there is no one to rely on aside from our Father in Heaven.

Rabbi Kornfeld believes that the decision was made several weeks ago, and that the hearing held two weeks ago, at which the judge ostensibly asked to hear the stances of both sides, was held after the decision was rendered and perhaps even written. “The experts who read the material think that it would be impossible to write such a detailed ruling in such a short time,” he says. With that, he negates the theory that the judge’s ruling stems from anti-Semitism.

“This isn’t anti-Semitism, but rather a new trend in the Education Ministry, where some senior officials have suddenly been infused with patriotic spirit and think that they are not allowed to agree that some schools don’t teach certain subjects. It started with a drive to have all children learn Flemish formally; the language is unpopular in the country and most children and students do not speak it. (They speak primarily French or German.) Those officials are leading the trend demanding that all schools implement Flemish language classes. As a result, the trend has affected the chareidi schools, of which many have extensive secular curriculum in which the students do very well, even though the number of hours devoted to it is relatively small.”

Why not teach Flemish?

“The problem is not Flemish. Although some schools teach Flemish and the students are fluent in the language, along with this stipulation is another list of demands that we cannot agree to. For example, schools have to devote a very large number of hours to learning languages, and children over the age of 12 need to devote many hours to secular subjects, which will come on account of Torah studies. That is something we can’t agree to. Likewise, the demand is not only to learn languages and civic subjects, but also to add other content that is in direct contravention to Yiddishkeit and there is no chance that we will agree to expose our children to that type of content.”

It is important to note that a major contributor to the decision presents himself as a fanatical member of Neturei Karta, who in recent years has waged a battle against the Jewish community. The man, who was banished form the community institutions for appearing alongside the anti-Semites in Iran, has stopped at nothing and has led a series of legal battles against the community in recent years. Among other things, he presented himself as a “chareidi” but one who is fighting to expand the education of Jewish students, and the community believes that this influenced the judge — even though it was only further support for a decision that he seemed likely to make in any case.

The community is shocked, and will make every effort to change the decree even though it seems to be an irreversible ruling. “We have to remember,” Kornfeld says, “that the decision was made by the High Court of Belgium, which is the highest court and there is no option of appeal. We cannot even appeal to the European Union court, because it is an internal government ruling, and as such, there is no chance of annulling it.”

Still, there is hope. “The decision gives us a window of opportunity of one year, because it was determined that in order to prepare for the changes, one year is needed. During this time, we hope we can effect changes. Moreover, in two weeks, elections are scheduled to be held in Belgium, and all the signs indicate a regime change, and so the education minister, who has fought for these changes, is likely to be replaced.”

Belgium marked its victory over the Nazis yesterday and at the event commemorating the Holocaust victims, Kornfeld met with some government officials. “I also spoke to the Flemish prime minister, and with the man who will likely become the next prime minister, who is today the mayor of Antwerp, and I conveyed the feelings of the Jewish community. Our hope is that when a new government is formed, we will be able to change the law, even if it is clear that now, it has been endorsed by the highest court in the land, and it cannot be completely annulled.”

“If not? Then we will face a new reality that we have never experienced before, but we have no doubt that whatever the price we have to pay — we will not agree to any compromise in the chinuch of our children. Generations of Antwerp Jews were moser nefesh for the future generations, and we have no doubt — and this is the message we conveyed to the government officials — that we will do the same in the future.”