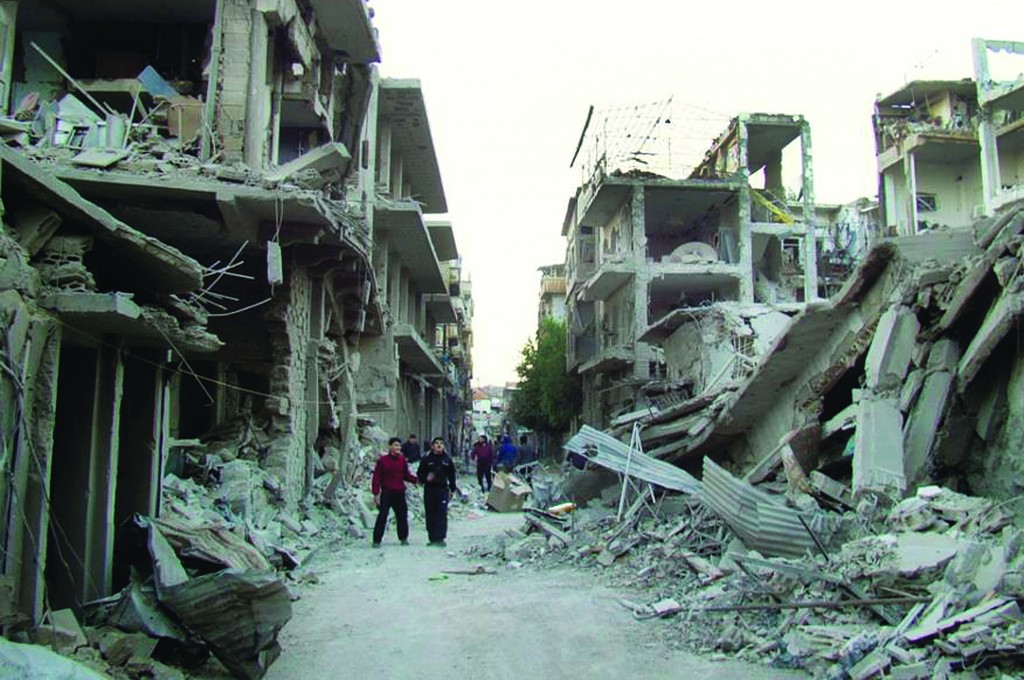 The last rebel fighters barricaded in the old city district of Homs began to leave their positions Wednesday, boarding buses under an Iranian-brokered cease-fire that were to carry them to refuge in rebel-controlled areas outside the city.

The rebels’ departure marked the effective end of a more-than-two-year campaign by opponents of President Bashar Assad to control the country’s third largest city. It came amid a series of government successes in expelling rebel units from population centers in central Syria and around the capital, Damascus.

Whether it would end the fighting in Homs was uncertain, however. Some of the rebels decamped to the nearby neighborhood of Waer, where a planned cease-fire and government takeover didn’t take place as scheduled Wednesday, and much of the countryside north of the
city remains under rebel control.

Videos broadcast by Syrian state media or posted online by pro-rebel activists showed two buses departing the old city. They were met outside the city by rebel units in pickups and on motorcycles.

Activists also posted video showing armored bulldozers clearing heavily mined rubble from the old city’s streets as groups of bedraggled fighters, many with scarves covering their faces, waited for the buses under the watchful eye of what appeared to be U.N. monitors. One of the conditions of the withdrawal and safe passage out of the city was that rebels reveal the locations of booby traps and homemade bombs they’d placed around the district.

Since early in the civil war, Homs had been the symbol of rebellion against the government. Much of the central city lies in ruins after years of government artillery and aerial bombardment in an effort to dislodge rebel forces. For the past year, the old city district has been under government siege, which included cutting off food, electricity and water to rebel-held areas. The death toll in the battle is thought to number in the thousands.