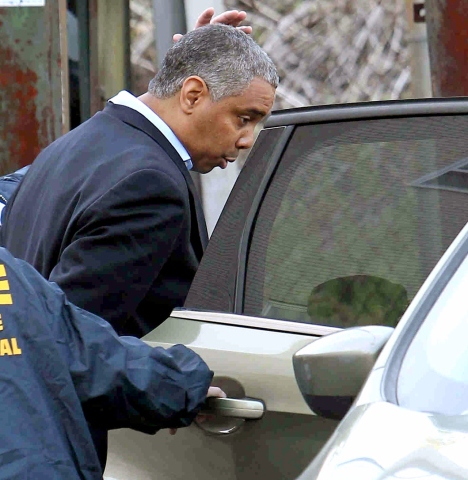 Councilman Ruben Wills was charged in connection with an ongoing New York City political corruption probe, according to an indictment unsealed in Queens Criminal Court on Wednesday.

Wills, a Democrat who was elected to in 2010 to represent southeastern Queens, was charged with a dozen crimes, including scheming to defraud, grand larceny and falsifying business records. He did not enter a plea and was released without bail.

“I’m telling you and my district that I’m innocent,” he told reporters outside court. “This is America, people. You are presumed innocent until you are proved guilty.”

Wills added that he is not resigning from the council.

Much of the indictment centers on missing state funds given
to New York 4 Life, a nonprofit Wills founded in 2009. Wills was charged with falsifying several documents involving the nonprofit, including an $11,500 check, and used an unpaid invoice to fake other donations.

Wills has been under investigation by state Attorney General Eric Schneiderman’s office in connection with tens of thousands of state money that went missing, including a $33,000 state grant to the nonprofit. He allegedly used the money to buy a $750 Louis Vuitton bag.

One of Wills’s relatives, Jelani Mills, a campaign worker who ran a dummy organization that received public money, was charged on four counts. Mills was being held on $20,000 bail.

Schneiderman, whose office conducted the investigation with State Comptroller Thomas DiNapoli, said that Wills’s actions “constitute a stunning violation of the faith that he asked voters to place in him.”

“This and every public corruption arrest our office makes send a message that elective office does not come with a blank check and that no one is above the law,” Schneiderman said at a news conference at his Manhattan office.

Wills’s arrest is connected to the ongoing probe into state Sen. Shirley Huntley, a longtime powerbroker in the Democratic party in Queens. Wills, who was arrested at his home early Wednesday, served two years as her chief of staff.

Huntley is a central figure in a wide-ranging corruption investigation and was under investigation for misusing public funds when she decided to cooperate with federal investigators. She invited several Senate Democrats and Democratic councilmembers to visit her at her home in Queens. Unbeknownst to her guests, she recorded the conversations.

Two of her guests were former Senate Democratic leaders, Malcolm Smith of Queens and John Sampson of Brooklyn, who were both later indicted. Wills, also a guest of Huntley, had his conversation recorded as well. At the time, his lawyer said he was not the subject of investigation.

Wills agreed to give up the chairmanship of a committee and will be investigated by the council’s ethics committee. He will also lose his privileges to earmark money for pet projects in his district; instead, it will be doled out by the Queens delegation chairman and the speaker’s office.

“These accusations are extremely troubling and will be taken seriously,” said Speaker Melissa Mark-Viverito during a news conference at City Hall. “Days like today are never good days for the institution.”