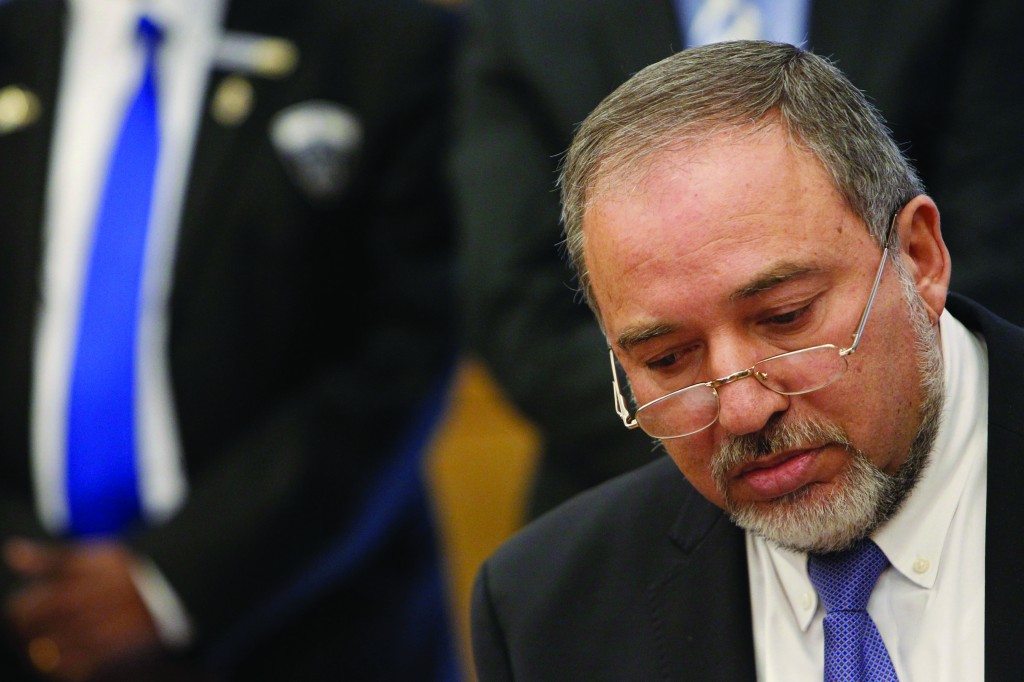 The report is “made up,” Lieberman told Army Radio. “We categorically reject such an accusation,” and called it “false and malicious.”

Lieberman was joined in denouncing the report by Maj. Gen. (res.) Yaakov Amidror, who until recently served as national security adviser. Amidror said that “no one has received authorization to spy in the United States. No one would even think to ask for such authorization because he knows he wouldn’t have a chance to get it.”

Amidror stressed that this was not only the policy of Prime Minister Binyamin Netanyahu but of his predecessors as well.

Former Israeli Ambassador to the U.S. Michael Oren told Ynet that the allegations were simply untrue. “Israel has not spied against the United States since the Pollard affair, period,” he said. “I do not know if there are people in the business and commercial arena that conduct espionage, as this happens all over the world, but no one is spying [in America] on behalf of the Israeli government.”

Senior Israeli diplomatic officials characterized the accusations — which included a description of Israelis as “incredibly aggressive” — as anti-Semitic and depicting Israel as an enemy, Israel Radio reported.

The Newsweek report claimed that American intelligence officials told Congressional committees behind closed doors that Israel’s espionage activities in the U.S. “go far beyond that of other close American allies, such as Germany, France, the UK and Japan.”

Although such allegations have been heard before, a congressman was quoted as saying that the testimony given was “very sobering … alarming … even terrifying.”

The testimony was given during a Congressional review of a proposal to allow Israel into the visa waiver program, exempting Israeli nationals from having to produce a tourist visa, allowing them to stay in the country for a period of up to 90 days.

Until now, other issues were reported to be holding up such an arrangement: alleged discrimination by Israel against Arab- and Muslim-Americans seeking entry into Israel, the problem of young Israelis exploiting tourist visas to remain in the U.S. and then working illegally, and the need for Israel to bring its passports up to the technical standards of the Department of Homeland Security.

This is the first time that Israeli spying was raised as a reason to exclude Israel from the waiver program. But according to the Newsweek report, intelligence officials are opposed to it because they believe it would facilitate further spying by making it easier for Israelis to enter the U.S.